The Indian synagogues preserved by Muslims

For more than 100 years, the synagogues in Kolkata, India, have been cared for by Muslims in a shining example of friendship uniting faith. 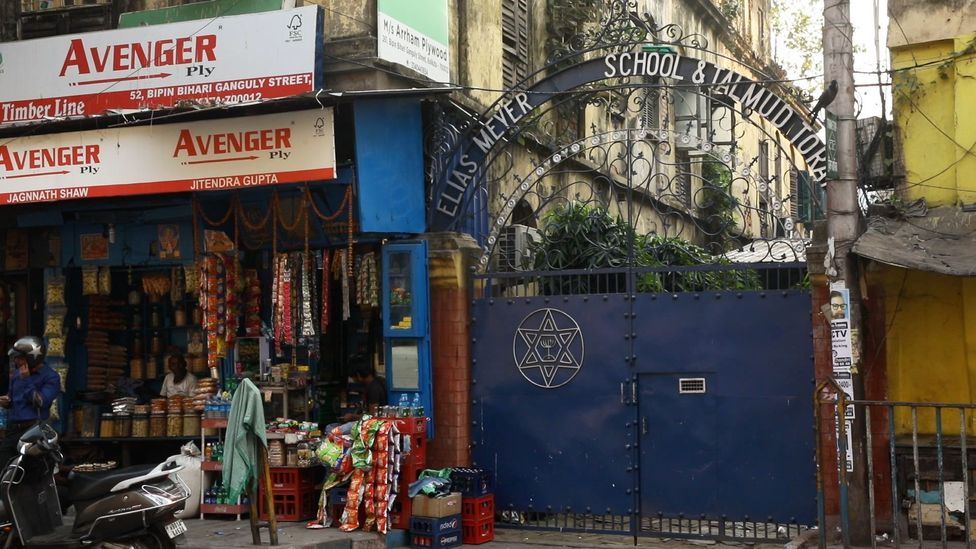 Birth of the ‘Baghdadis’

For nearly 140 years, from 1772 to 1911, Kolkata was the capital of British India – a bustling commercial city on the bank of the Hugli River in the heart of West Bengal. Its strategic position, roughly 150km upstream from the Bay of Bengal, not only brought foreign trade, but also enticed several foreign communities – from Chinese to Armenians to Greeks – to migrate to the thriving city. Among them were Jews from the Middle East.

Known as ‘Baghdadis’ or ‘Baghdadi Jews’ because of their origins in modern-day Iraq, Syria and other Arabic-speaking places, Jewish immigrants began settling in Kolkata in 1798 after a trader named Shalom Cohen came in search of riches. As news spread of Cohen’s success in the trade of diamonds, silk, indigo, opium and cotton, Kolkata’s Jewish population grew rapidly, and by the early 1900s, thousands of Jews were living harmoniously alongside Kolkata’s many Hindus and Muslims. 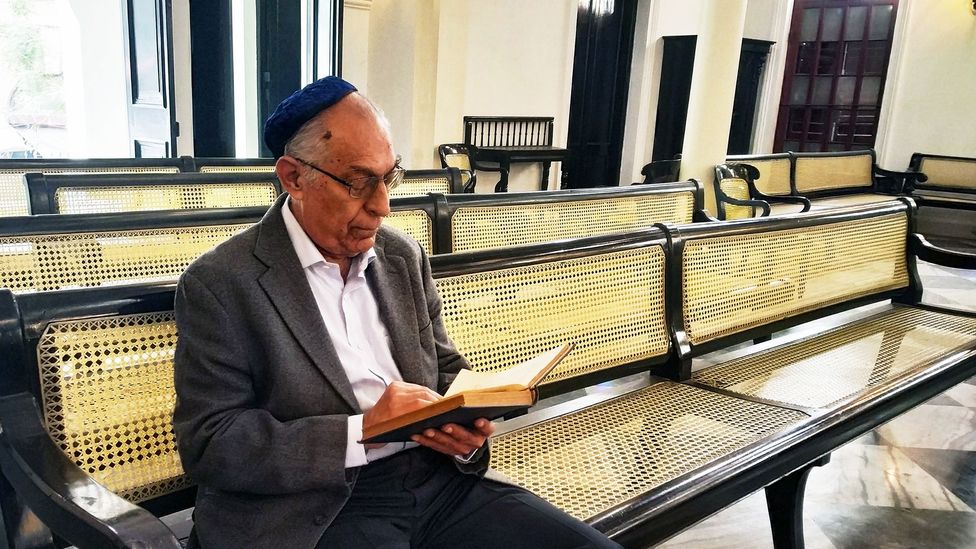 After World War Two, as many as 5,000 Jews resided in Kolkata. During the community’s peak in the 1940s, Kolkata was home to five synagogues, as well many Jewish businesses, newspapers and schools. Today, what was once India’s largest Judaic community has dwindled to fewer than 24 people, as many Baghdadi Jews have immigrated to Israel, the US, Britain, Canada and Australia.

Yet, while Kolkata’s Judaic population ages and shrinks, its remaining community continues a cross-cultural tradition that has existed for the past three generations: its three remaining houses of worship are maintained and cared for by Muslim men.

Jerusalem of the East 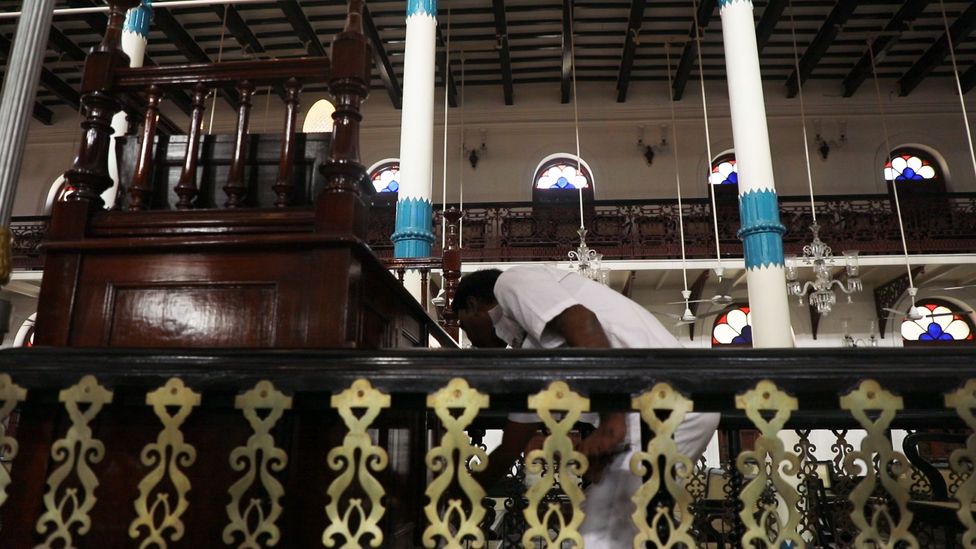 Climbing the marble staircase and pushing past the stained glass window of Kolkata’s Beth El Synagogue, built in 1856, visitors may come across a rare sight: a team of four white-clad Muslim men busy polishing the wooden balconies, sweeping the chequered marble floors and ensuring that the Star of David and seven-pointed menorah adorning the building’s sand-coloured facade are clean.

Several of the caretakers, such as Siraj Khan, a third-generation Muslim employee whose family has been maintaining the synagogue for more than 120 years, have grown up alongside Beth El’s few remaining members. According to AM Cohen, general secretary of Kolkata’s Jewish Community Affairs, Khan and the other Muslim caretakers of the city’s synagogues are considered part of the Jewish family. 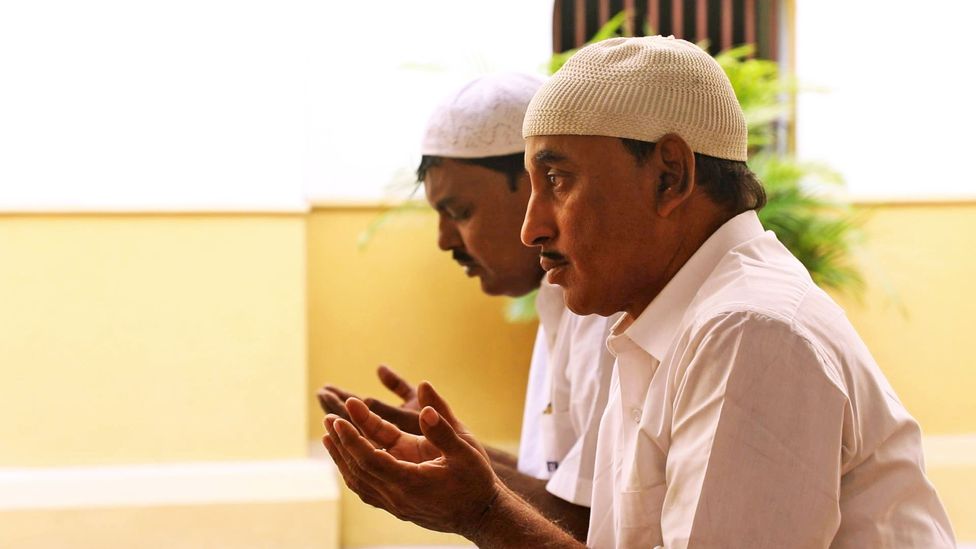 Just 300m from Beth El, one of Kolkata’s other remaining synagogues, Magen David, a towering Italian Renaissance-style red-brick building, is also maintained by four different Muslim men whose families have looked over the temple for generations. Like at Beth El, after the caretakers unlock the doors and turn on the altar lights, illuminating Hebrew inscriptions of the Ten Commandments, the workers often gather in a courtyard to unfurl a prayer rug towards Mecca and bend in prostration to Allah.

According to Jael Silliman, one of Kolkata’s last remaining Jews and author of the digital archive Recalling Jewish Calcutta, which aims to preserve the memories and legacy of the city’s Jewish community, there has always been a cultural familiarity between Muslims and Jews in Kolkata, as the earliest Jewish immigrants to the city spoke Judeo-Arabic and wore Arabic attire.

Beyond Kolkata, the two religions have a long history of overlap. Fittingly, during the tumultuous years before and during World War Two, many European Jews fled Nazi Germany and found safe refuge in Kolkata. Like their Jewish Middle-Eastern predecessors, these newly arrived European refugees soon found that they had a lot in common with the Muslims who made up Kolkata’s largest minority group – from similarities between kosher and halal food to their music and dance. 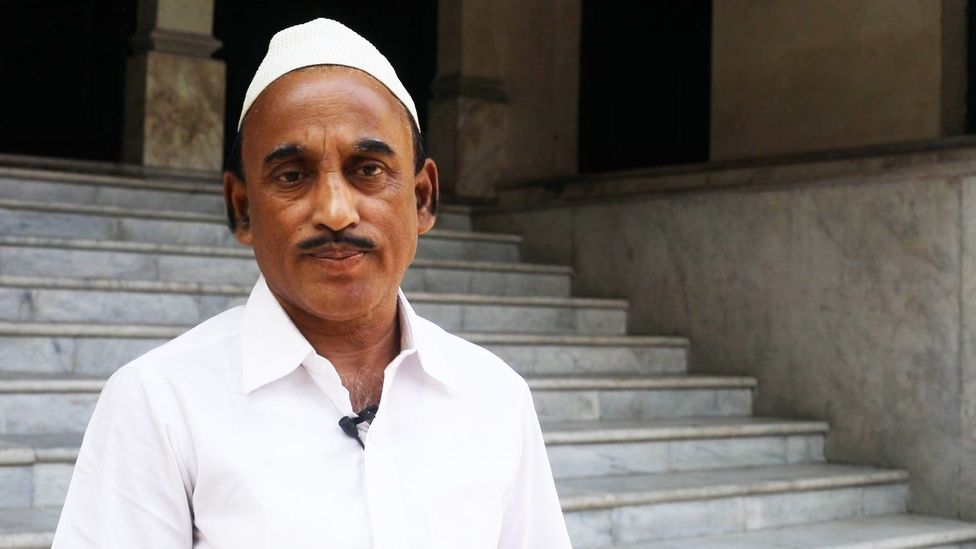 “God is everywhere, be it a mosque, temple, church or synagogue, and working in this quaint synagogue is a service to God that I do wholeheartedly,” said Khan (pictured), whose grandfather and father cared for the Beth El Synagogue, and who now maintains it alongside his brother.

“His name or form is not to be differentiated when the language of love and kindness is spoken. And this special bond is what I feel with this synagogue.” 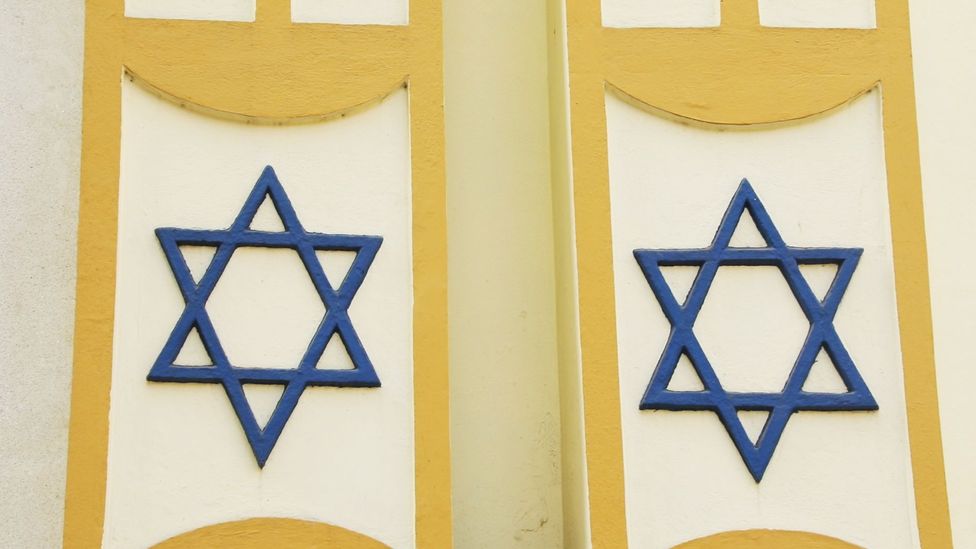 West Bengal is home to India’s third-highest concentration of Muslims, and Kolkata, its capital, has always been something of a haven for religious tolerance. While the majority of the 4.5 million population is Hindu, Muslims, Christians, Jews, Buddhists and Sikhs from across the world have long co-existed in the so-called ‘City of Joy’.

Today, it’s not uncommon in Kolkata for Hindus to join Muslims in mosques to celebrate the Eid-al-Adha ‘Festival of Sacrifice’ – one of the holiest Islamic holidays. The Jewish Girls’ School that was established in Kolkata in 1881 is now predominantly Muslim. And every year during the holy Hindu celebration of Durga Puja and the Christian Christmas festivities, a sea of Bengali revellers, regardless of religion, routinely take to the streets to dance. 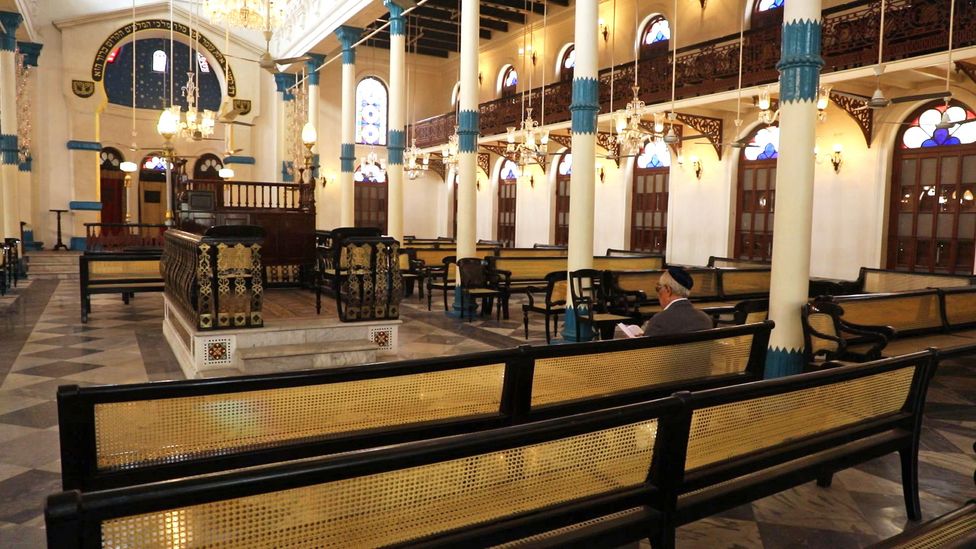 According to AM Cohen, a few factors led to Kolkata’s Jewish population disappearing after the end of World War Two.

First, India’s independence from Britain in 1947 signalled an uncertain time for India’s Jews. Banks and businesses became nationalised, and many Jewish property owners, fearing their assets may be taken by the Indian government, moved to Britain or the US.

In addition, the creation of the state of Israel in 1948 spurred a steady migration of Jews from India and from around the world to the new country. 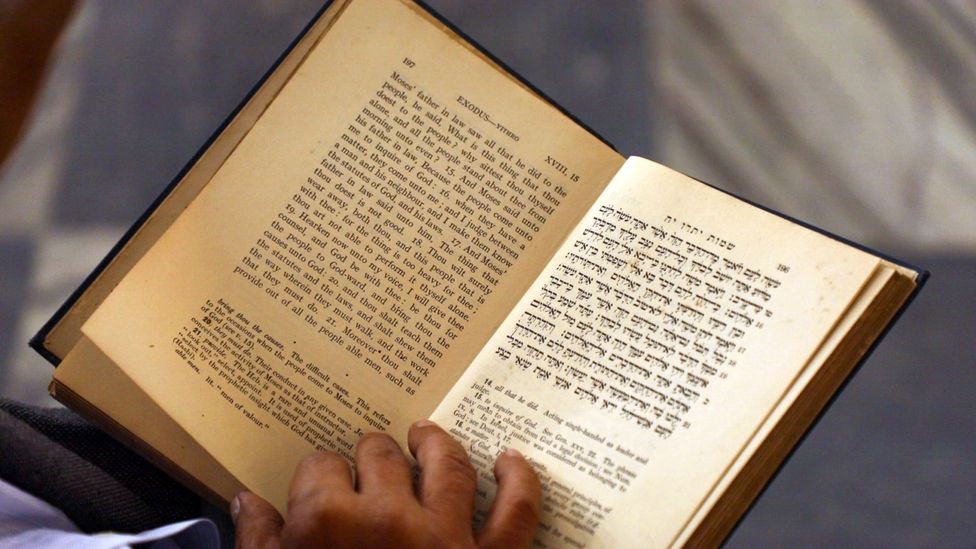 Today, Kolkata’s dwindling Jewish population faces a very uncertain future. While both the Beth El and Magen David synagogues are now recognised as protected heritage buildings by the Archaeological Survey of India, they – along with the city’s oldest synagogue, Neveh Shalom – haven’t held regular Saturday services since the late 1980s due to a lack of attendance. According to the Jewish minyan congregational quorum, 10 adult males must be present to sanctify public prayer, and there aren’t enough Jewish men left.

In the 1940s, Ian Zachariah, treasurer of Emunah Calcutta Jewish Trust, remembers that the wooden seats at Kolkata’s synagogues used to be filled with hundreds of worshippers during the High Holidays of Rosh Hashanah and Yom Kippur. Now, the three buildings are only open by special appointment or by asking one of the Muslim caretakers, who are paid to look after the temples by the Emunah Calcutta Jewish Trust, to enter. 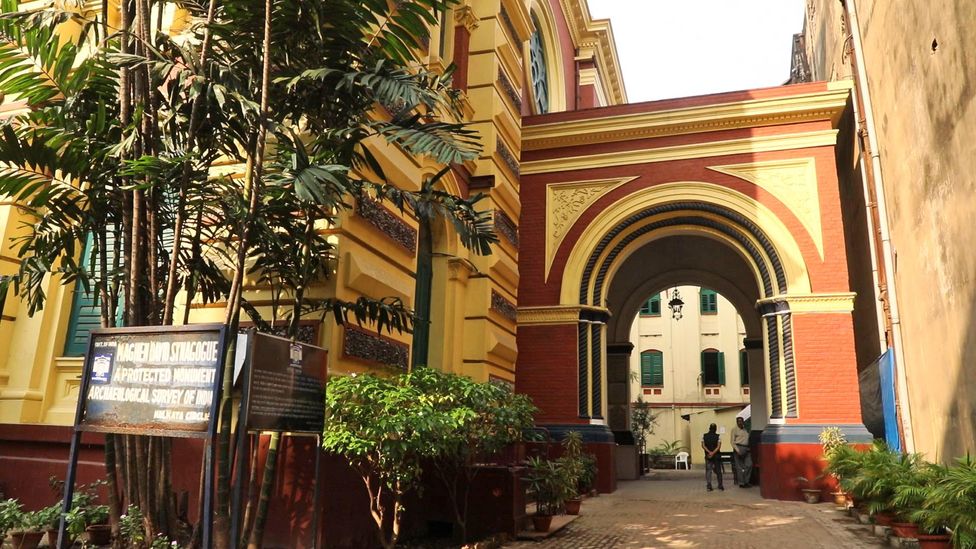 As violence and political tension against Jews and Muslims continue to draw headlines throughout much of the world, Kolkata’s Muslim caretakers and their commitment to looking after these Jewish synagogues are a reminder that these two communities share much in common, and the importance of loving one’s neighbour.

Kolkata’s Jewish population may soon fade away, but as long as there is someone to care for the temples, open the doors and let visitors in, a part of their heritage will live on thanks to their Muslim brothers.

Breaking Barriers is a BBC Travel series featuring inspiring tales of unity and humanity in theatres of dispute and division.