Explained: Why Muslim vendors are being banned from Karnataka temple fairs

The BJP government in Karnataka has justified the restrictions on Muslim traders at temple fairs by stating that non-Hindus are barred from having stores in temple premises as per a rule issued in 2002 under the Karnataka Hindu Religious Institutions and Charitable Endowments Act, 1997 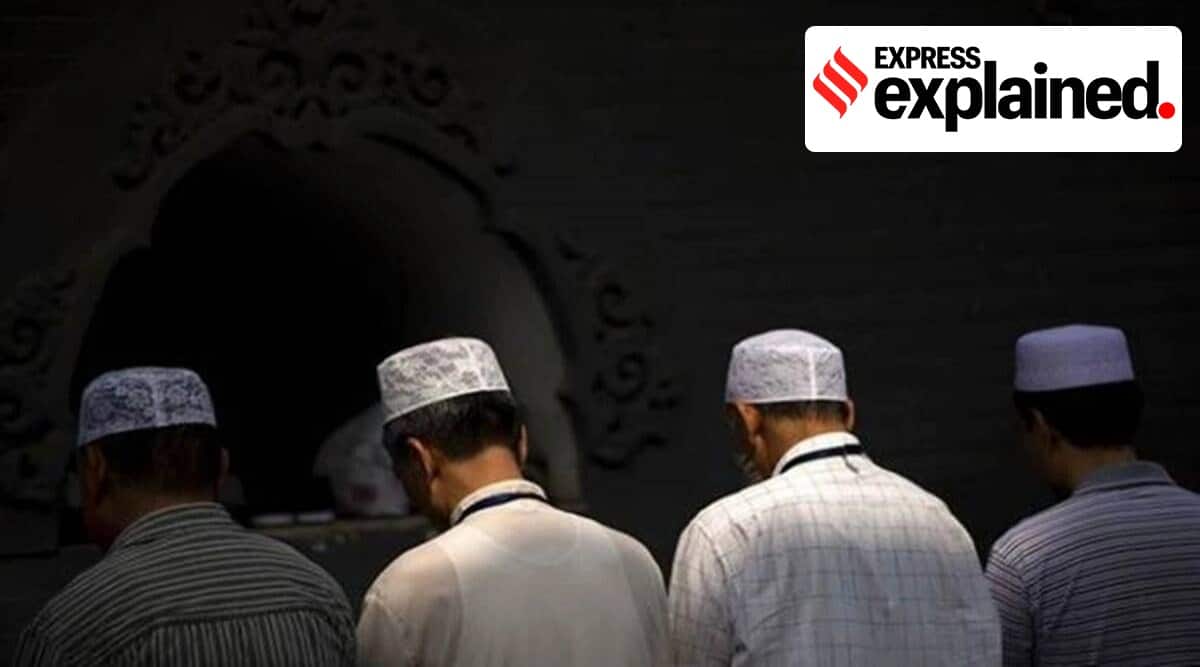 The temple fairs that are at the centre of the controversy incidentally represent the culture and traditions of specific areas where the festivals are held and are usually celebrated by people cutting across castes and religions. (Representational image)

A call by right-wing groups such as the Vishwa Hindu Parishad (VHP), Bajrang Dal, and Sree Rama Sene to restrict Muslim vendors from putting up stalls during temple fairs held in villages across Karnataka has resulted in restrictions being imposed in some temples in a few communally-sensitive regions like Dakshina Kannada, Udupi, and Shivamogga over the past fortnight. The move has resulted in widespread controversy on account of its potential to impact the social fabric of life and business at the village level in the state through communal exclusion.

The BJP government in Karnataka has justified the restrictions on Muslim traders at temple fairs by stating that non-Hindus are barred from having stores in temple premises as per a rule issued in 2002 under the Karnataka Hindu Religious Institutions and Charitable Endowments Act, 1997. The temple fairs that are at the centre of the controversy incidentally represent the culture and traditions of specific areas where the festivals are held and are usually celebrated by people cutting across castes and religions.

What is the nature of annual local temple fairs in Karnataka?

In Karnataka, annual local fairs are held in temples, near dargahs called Urus, and also churches in most rural areas. They are a representation of local culture and folklore and historians say such fairs are documented in ancient scriptures as well. According to Prof N S Rangaraju, the former director of excavations and retired head of the ancient history and archaeology department of the University of Mysore, these fairs are the identity of a culture of a specific place. “It has nothing to do with religion but it is all about people of a specific region who practice agriculture and their culture,” says Rangaraju.

There are two kinds of temple fairs—one conducted as per religious norms and those held without any strict rules. The fairs that follow norms are mostly organised by upper-caste temples and those that do not follow any such rules are held by the backward class communities. The Maramma temple fair is an example of a backward class fair.

As many villages have their own local deities, the temple fairs are also annual events to pay obeisance to these deities. Besides offering prayers to the local deity, fairs are a melting pot of local culture, a place to socialise and a break for villagers from the rigours of their agricultural lives. According to Rangaraju, “People who move to urban places visit their villages during fairs as it provides them a connect to their roots.”

In coastal Karnataka, the essence of local culture like Kambala (cattle races), Yakshagana (dance theatre) or Bayalaata (open-air theatre), and other local cultural flavours are on display at these temple fairs. In the old Mysuru region, a lot of folk art is witnessed while in the Hyderabad-Karnataka and Mumbai-Karnataka regions it’s the presence of refined drama, business and entertainment.

During the recent state Assembly session, Speaker Vishweshwar Hegde Kageri in fact invited legislators to the temple fair at his village and sought to end the session on a Friday afternoon in order to travel to his hometown that night. The 73-year-old former chief minister Siddaramaiah went to his home town last week and joined friends to dance the Veera Makkala Kunitha, a folk dance of the region.

When and why are temple fairs held?

The local fairs are a product of the agrarian economy in rural parts and are usually held between November and April. According to researchers, farmers get a break from agricultural activities during this time as there is a gap between the last and next cropping seasons. M Chandra Poojary, a retired professor in the Department of Development Studies, Hampi Kannada University, says, “Besides religious activities, today’s urban class gets relaxation either by going on a trip or to a mall or amusement park for entertainment. These fairs in ancient days were the spots for entertainment and relaxation for the villagers.”

Thousands of village fairs are held during this time where a huge number of people from all religions take part. For instance, the Shree Durgaparameshwari Temple, also known as the Bappanadu Shree Durgaparameshwari Temple, in coastal Karnataka is believed to have been built with the contribution of a Muslim. Local belief has it that Bappa, a Muslim merchant, heard a divine voice asking him to help Jain ruler Mulki Sawantha build a temple. The temple fair at Bappanadu has been celebrated both by Hindus and Muslims for several generations. This year, Muslim vendors stayed away from the temple festival—this was despite temple authorities seeking their participation—on account of the call by right-wing groups to restrict Muslims at temple fairs.

In other places despite law and order concerns and the campaign by pro-Hindutva groups, Hindus and Muslims have jointly participated in temple festivals. In the Ashtur village of the Bidar district, prayers are offered to the grave of Hazrat Sultan Ahmed Shah Wali and also to Allama Prabhu by Hindus and Muslims during the fair that they celebrate together.

Shaily Prabhakar, a retired English teacher from Sullia who is from the Christian community, said as a child she enjoyed the Shree Chennakeshava temple fair.

The Shree Chennakeshava temple fair usually held in January attracts lakhs of people. “Then we did not have so many shops to buy bangles or other items in our town. We used to save money and waited for the fair and we used to buy these things.” “It was never restricted to any community or religion. Buying materials and participating in the temple fair was a celebration for us. You could experience the native culture, and folklore of the region during the fair,” said Prabhakar.

Why have fairs turned communal?

Following the hijab controversy as Muslims protested against restrictions imposed in government colleges on girls wearing the headscarf and a high court order to uphold the restriction with voluntary closure of business establishments for a day, right-wing Hindu groups in coastal Karnataka started to object to Muslims having shops and businesses at temple fairs. They cited Rule 12 of the Karnataka Hindu Religious Institutions and Charitable Endowments Act, 2002, to restrict Muslim traders. The rule states, “No property, including land, building or sites situated near the premises shall be leased to non-Hindus.”

According to some BJP and Sangh Parivar leaders, the move to boycott Muslim vendors started in October 2021, when many Muslims at Gangolli in the Kundapura region of the Udupi district in coastal Karnataka reportedly stopped buying fish from Hindu vendors in a mark of protest against fisherwomen and fish vendors who had participated in a march against illegal cow slaughter. BJP, leaders including national secretary of the party C T Ravi, protested against the economic blockade at the time.

What is the present situation at fairs?

Most of the annual fairs, which are being held after two years because of the coronavirus pandemic, have drawn huge crowds. The boycott of Muslim vendors started in the coastal areas of the state where hundreds of fairs were held. The campaign is now being taken to other parts of Karnataka. In some places, the demands of the right-wing groups are being accepted by temple committees and in others, they have been turned down. In Nelamangala, on the outskirts of Bengaluru, the temple committee allowed Muslim shopkeepers at temple fairs. In the communally sensitive coastal parts of the state where right-wing groups enjoy local clout, temple committees have restricted Muslim shopkeepers at temple fairs.

What is the stand of political parties on the ban?

The BJP government in Karnataka has stated that the rule to restrict non-Hindus from doing business at temple festivals was brought by the S M Krishna-led Congress government in 2002. However, two BJP legislators have voiced concerns over the banning of Muslims from temple fairs. “This is all madness. No God or religion preaches these kinds of things,” BJP legislator H Vishwanath has stated. JD(S) leader and former chief minister HD Kumaraswamy has slammed the state government and said chief minister Basavaraj Bommai is “a puppet in the hands of Hindu right-wing groups”.

Biocon Ltd executive chairperson Kiran Mazumdar Shaw has also expressed her concern on Twitter. “Karnataka has always forged inclusive economic development and we must not allow such communal exclusion- If IT BT became communal it would destroy our global leadership,” tweeted Shaw. She has called on chief minister Bommai to resolve the growing religious divide.