A British Imam says the Ahmadiyya Muslim community promotes peace and harmony – but adds that this has become overshadowed with the subconscious bias people may have regarding the Islamic religion.

At the age of 17, Adeel Shah decided he wanted to become an Imam of Islam, so he studied the Quran and pledged his allegiance to the Caliphate.

Now, at the age of 27, Adeel has become an Imam, who has a duty to lead prayers, serve as a community leader and offer religious guidance within the community.

Adeel tends to visit Mosques around south London, including Croydon and Wandsworth, and is a frequent visitor to Britain’s largest Mosque, the Baitul Futuh Mosque, located in Morden.

Adeel told Newsquest that the Caliphate promotes “love, harmony and brotherhood” regardless of class, creed, or race.

He said: “From March 2020 until mid-December 2020 in the UK, the Ahmadiyya Muslim Community delivered food and medicine to 21,407 countries.

“The community has also donated 1,617 meals to the homeless and donated 533 toys to orphanages across the UK.”

Adeel says the Ahmadiyya community raised one million pounds for British charities in 2019 through charity walks and fundraisers.

He added: “Every new years, we wake up at 4am or 5am in the morning and go to streets across the UK to pick up litter.

“This new year, we were at 65 different locations in the UK and had over 900 people come together to help collect litter.

“In November time we’re usually at supermarkets, stores, train stations and tube stations collecting for the royal British legion to the Poppy appeal.”

Adeel says there are “too many” false narratives about the religion, Islam, that can often have a “massive” impact on the community.

He explained: “I would know for sure that a ‘so called’ Muslim would be mentioned in a story with the word ‘terrorism’ involved.

“I say ‘so called’ Muslim because nothing in Islam advocates, allows, or accepts terror or terrorism.

“The word Islam means peace, and you can’t have peace with terrorism – they’re oxymorons, they don’t go together.”

Adeel says the Ahmadiyya Muslim community are different to mainstream Muslims because they believe Jesus was placed on the cross, rather than died on the cross.

He also stated that Ahmadiyya Muslims also believe the Messiah arrived in 1835.

Adeel explained: “When the Messiah passed away, a system of caliphate began.

“The fifth Caliphate – His Holiness, lives just outside of London. 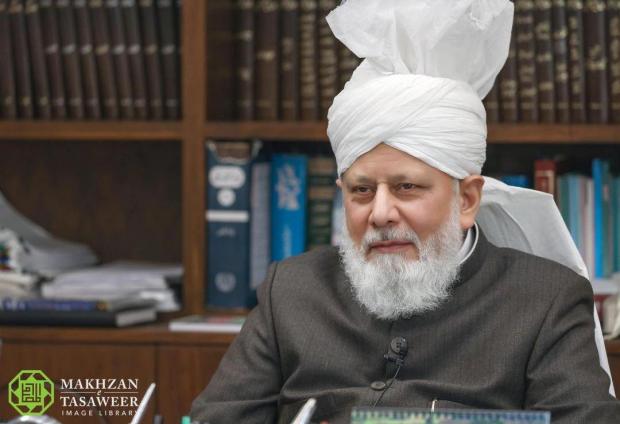 “There are tens of millions of Muslims who have pledged allegiance to the caliph and His Holiness.

“His Holiness has travelled across the world – to Ghana, America, Japan, new Zealand, and met world leaders to discuss world peace and how peace can be established.

Adeel says it is “important” to address the subconscious bias about Muslims, as Islamophobia is still an “issue” in the UK.

He added: “A few years ago, a person asked me what the difference is between a British person and a Muslim person.

“I remember telling them that a true British citizen lives up to the Muslim values, and a true Muslim lives up to British values.

“They’re not two separate identities – they go hand in hand.

“Unfortunately, in today’s society there is great division – whether it be due to religious belief, political leaning or even one’s tax-bracket.

“Islamophobia does exist in various forms, but we should be careful not to scare monger.

“As humans we are intrinsically afraid of things that we don’t know or understand, hence there is a need to spread awareness and to hold discussion in order to dispel misunderstandings and misconceptions.