Pope’s 3 key words for a marriage: ‘Please, thanks, sorry’

Pope Francis is seeking to encourage married couples, acknowledging that the pandemic has aggravated some family problems but urging couples to seek help and always remember three key words in a marriage: ‘Please, thanks and sorry’. 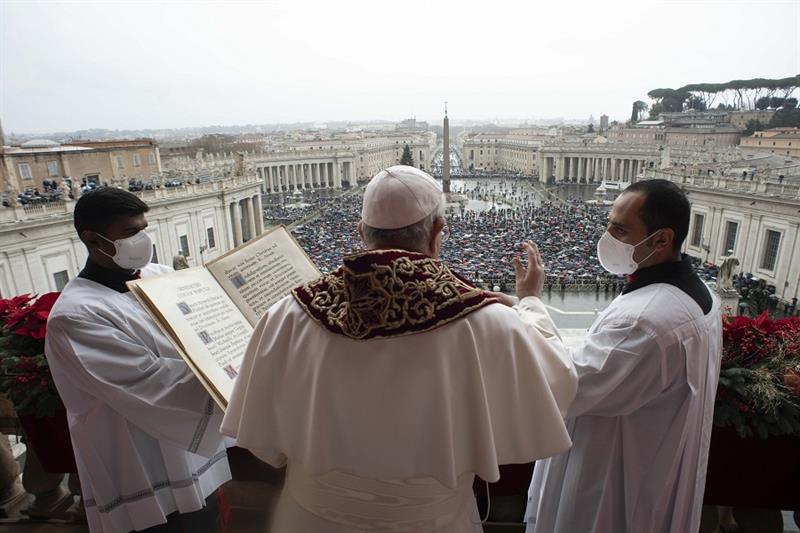 Pope Francis delivers the Urbi et Orbi (Latin for to the city and to the world ) Christmas day blessing from the main balcony of St. Peter s Basilica at the Vatican, Saturday, Dec. 25, 2021. AP

Francis penned a letter to married couples that was released Sunday, a Catholic feast day commemorating Jesus’ family. It came halfway through a yearlong celebration of the family announced by Francis that is due to conclude in June with a big rally in Rome.

In the letter, Francis said lockdowns and quarantines had forced families to spend more time together. But he noted that such enforced togetherness at times tested the patience of parents and siblings alike and in some cases led to difficulties.

‘Pre-existing problems were aggravated, creating conflicts that in some cases became almost unbearable. Many even experienced the breakup of a relationship’, Francis wrote.

He offered his closeness to those families and reminded parents that the breakup of a marriage is particularly hard on children, who look to their parents as a constant source of stability, love, trust and strength.

‘The breakdown of a marriage causes immense suffering, since many hopes are dashed, and misunderstandings can lead to arguments and hurts not easily healed’, he said. ‘Children end up having to suffer the pain of seeing their parents no longer together’.

He urged parents to keep seeking help to try to overcome conflicts, including through prayer. ‘Remember also that forgiveness heals every wound’, he said.

He repeated a refrain he has often used when meeting with families and married couples, listing the three most important words in a marriage: ‘Please, thanks and sorry’.

‘After every argument, don’t let the day end without making peace’, he said.