Will Pakistan Be the Next Country to Fall to a Taliban-Style Takeover?

The military’s role in politics has emboldened the religious far right.

Saad Rizvi, leader of the Tehreek-e-Labbaik Pakistan party, speaks to supporters in Lahore on the anniversary of the death of his father, Khadim Hussain Rizvi. (Arif Ali / AFP via Getty Images)

ISLAMABAD—Last week—in a bewildering display of public violence—a Sri Lankan factory manager, Priyantha Kumara, was lynched and set ablaze by a mob of his own workers in the industrial city of Sialkot, Punjab. Speaking to the media before their arrest, the ringleaders of the mob accused Kumara, 49, of disrespecting the honor of the Prophet Muhammad by tearing down a poster of the Tehreek-e-Labbaik Pakistan (TLP)—a far right political party that was founded in 2015, with the express purpose of defending Pakistan’s controversial blasphemy laws.

Though the TLP has existed for only the past five years, the subcontinental tradition of protecting the honor of the Prophet goes at least as far back as 1929, when a young Muslim carpenter called Ilm-ud-din murdered a Hindu bookseller for publishing a satirical pamphlet that was seen as an attack on the character of Muhammad. According to the socialist historian Ammar Ali Jan, “The whole structure of this religious movement is built on the paranoia that the honor of the Prophet is being perpetually threatened, and they [the TLP] invoke this insecurity in order to do their politics.”

In 2011, it was this same sense of paranoia that led to the assassination of Punjab Governor Salman Taseer, who was gunned down by one of his bodyguards for taking up the cause of Aasia Bibi, a Christian woman who had been sentenced to death for alleged blasphemy. When Taseer’s assassin, Mumtaz Qadri, was hanged in 2016, the TLP and associated movements turned him into another Ilm-ud-din—a lover of the Prophet martyred for his faith. 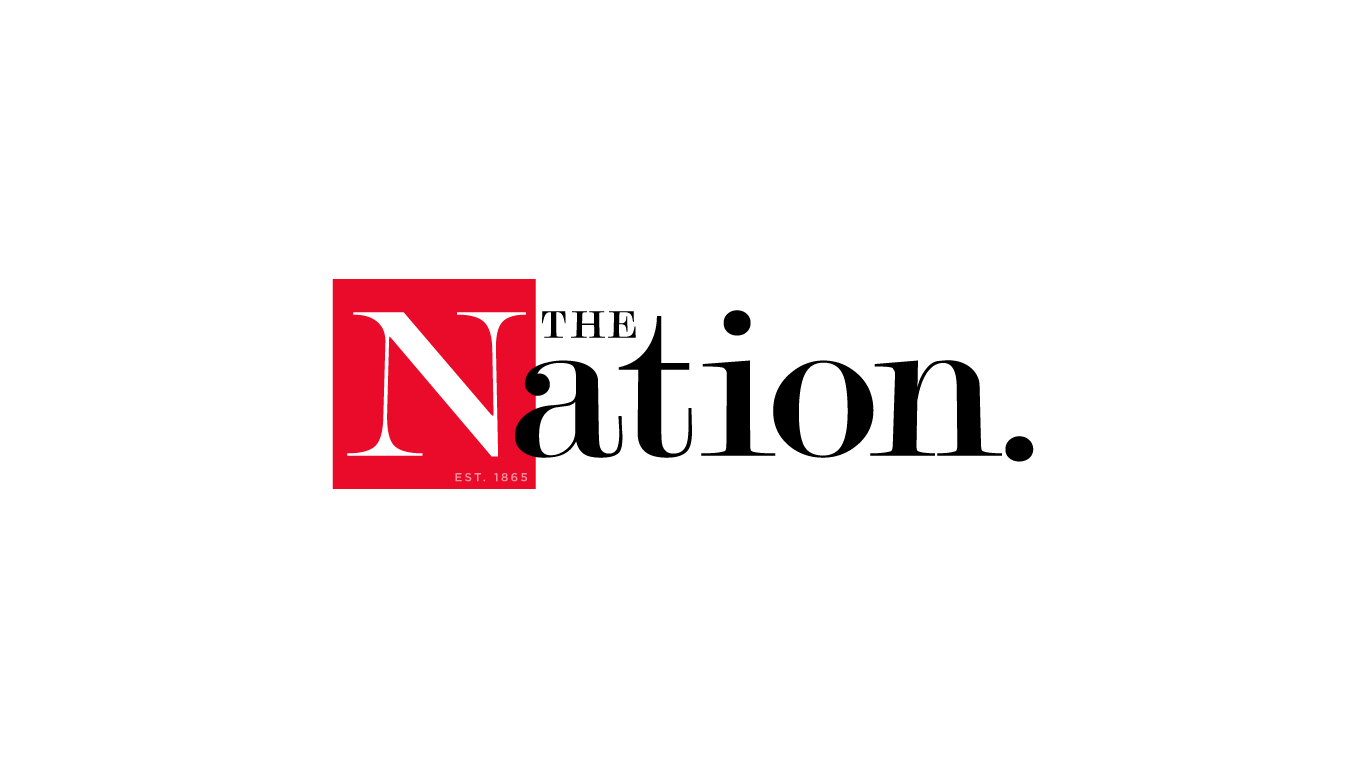 According to the physicist and liberal commentator Pervez Hoodbhoy, it was at this point that the group was “co-opted” by the military, who used it to destabilize Prime Minister Nawaz Sharif’s  Pakistan Muslim League (PML-N) government. In November 2017, the TLP organized a sit-in on the Faizabad interchange, the main highway connecting the cities of Rawalpindi and Islamabad and demanded the resignation of then–Law Minister Zahid Hamid, whom the group accused of watering down the religious oath of office. “They were obviously put there by the military, because the military was seen handing out checks to them,” said Hoodbhoy referring to a video that surfaced at the end of the 20-day protest.

IMRAN KHAN FACES A STANDOFF WITH THE PAKISTANI MILITARY

October 21, 2021PAKISTANI WOMEN ARE LEADING THE STRUGGLE FOR HUMAN RIGHTS

September 28, 2021THERE GOES THE NEIGHBORHOOD: PAKISTAN IS UNEASY OVER THE TALIBAN’S RETURN

Ammar Ali Jan echoes this point. “The TLP were part of the strategy and calculus for the silent martial law that we’re witnessing today,” he said. “But though the army believed they were just using them as proxies, they captured a certain pulse and became the fourth largest party in the country and after that they exceeded their mandate by attacking the military.”

In December 2018, one of the founders of the group called for an insurrection against the chief of army staff, Gen. Qamar Javed Bajwa, who was accused of belonging to the Ahmadiyya Muslim Community, a religious movement deemed heretical by the Pakistani constitution. The subsequent crackdown on the TLP, in which hundreds of its activists and leaders were jailed, could not, however, be sustained for very long. In October 2021, the group positioned itself on the Grand Trunk Road, demanded the release from custody of its workers and activists, and called for the expulsion of the French ambassador in retaliation for President Macron’s refusal to condemn Charlie Hebdo after the French satirical weekly announced that it was republishing cartoons depicting the Prophet Muhammad. In the clashes that followed, at least four policemen lost their lives, the main trade route of the Punjab was disrupted, and the authority of the state was challenged day after day until it finally capitulated to the militants’ demands.

There is a lesson in all of this—one that should worry both the Pakistani military and its puppet government led by Imran Khan. An illegitimate rulership does not have the power to repel the incursions of the far right, which thrives on the absence of genuine progressive alternatives. It was the autocracy of Zulfikar Ali Bhutto that emboldened the religious right in the 1970s and led in large part to his overthrow and execution.

During the 10-year rule of his successor, Zia-ul-Haq, Pakistani socialism was suppressed with almost surgical precision. Feminist politician Ismat Shahjahan told The Nation that “the progressive trade union movement was systematically dismantled and thousands of our comrades were killed during this period.” A military dictator with a religious bent, Zia understood that the best way to quell the left-wing activism of the future was to ban the assembly of student unions in universities. In the absence of these nurseries, and through the vilification of “liberals,” a political vacuum was created in which the job of standing up for the rights of ordinary citizens was inherited by groups that derived their authority from religion.

It was the late Eqbal Ahmad who made the observation in these pages that in Muslim majority countries, “the power of fundamentalist parties recedes as democratic freedoms are partially or fully restored.” Sadly, in the 74 years since the Partition of British India, Pakistan has been either overtly or covertly ruled by the armed forces. Political parties have been persecuted, plurally elected leaders toppled and the media either silenced or kept under duress. All the while, the people have become poorer and the military establishment richer, with the result that the democratic environment has been so brutally curtailed that the most powerful challenge to the establishment—Pakistan’s oversized military—now comes from the only segment of society it is powerless to control.

The religious right garnered a combined 5 million votes in the last general election. Those numbers will never be enough to bring them into power democratically, but in Pakistan winning at the ballot box is not the way to gain power. A street strength of a few million fanatics may not be enough to win an election, but it is certainly enough to seize control of the state.

This is because the top brass of the military cannot rely on its own soldiers, many of whom come from the same strata of society as the religious right, to put down an insurrection launched in the name of God. For evidence, we need only look at neighboring Afghanistan, where an army four times the size of the Taliban could not be prevailed upon to defend the state. There, as in Pakistan, the country was being ruled by a brazenly corrupt elite that lined its own pockets while the population starved. According to the political scientist Dr. Ayesha Siddiqa, during the Musharraf years the top 100 officers of the Pakistan army were worth somewhere in the region of £3.5 billion ($4.63 billion)—a number that is not likely to have come down since. This in a country with a GDP per capita of $1250, double-digit inflation, and an energy crisis that has left people incapable of heating their homes.

The current situation is not sustainable and must inevitably lead to some sort of retreat. But for Pakistan’s military establishment, conceding space to the democratic process is not an option, because it amounts to an acceptance of civilian supremacy—a concept that has been anathema to them ever since the country was created. Since they cannot fight both religious and democratic forces at the same time, they have tended to concede space to the former instead of the latter, with the result that they have created a monster that is no longer within their control and one that might eventually send them on their way.

The Pakistani Taliban, responsible for the deaths of 70,000 Pakistanis, are once again at the negotiating table with the governing hybrid regime. Now, with the emergence of the TLP, who come from the other major strain of religious extremism, the stage is set for an eventual confrontation with either or both of these pernicious forces. In the long run, a Taliban-style takeover of the country cannot be ruled out.

Hasan AliTWITTER Hasan Ali is a journalist based in London with a special interest in voter suppression and US foreign policy.