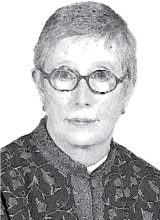 Israel is making hay while the sun of the Trump administration continues to shine. Fearing incoming President Joe Biden will not be as tolerant as his predecessor, Israel is busy creating unreported facts on the ground in Palestine as well as those well publicised faits accompli in the diplomatic realm.

Last week, UN Secretary General Antonio Guterees spoke of a “a deep sense of worry about the grim realities” faced by Palestinians, notably in Gaza. His remarks followed a report by the UN Conference on Trade and Development (UNCTAD) which stated that Gaza’s economy is on the brink of collapse. In a report to the UN General Assembly, UNCTAD estimated the cost to Gaza at $16.7 billion due to Israel’s imposition of a strict blockade in 2007, when Hamas seized control, through 2018.

By 2017, the strip’s poverty rate had soared to 56 per cent due to the blockade and three Israeli wars. UNCTAD said, “The result is the near collapse of the regional Gaza economy while trade is restricted from the rest of the Palestinian economy and the world.” Lifting the blockade is necessary to “restore the right to free movement for business, medical care, education, recreation and family bonds. Only by fully lifting the debilitating closure, in line with Security Council resolution 1860 (2009), can we hope to sustainably resolve the humanitarian crisis”.

UNCTAD described the situation: “Effectively, nearly 2 million people are mostly confined to a 365 square kilometre enclave with one of the highest population densities in the world. The entry of goods into the Gaza Strip has been reduced to only basic humanitarian products.” UNCTAD points out that Israel’s military assaults on Gaza have “resulted in the destruction of the productive base, while the ensuing severe crisis has transformed [it] into a humanitarian case and condemned it to profound aid-dependency”.

UNCTAD continued, “The vast majority of the population has no access to clean water, electricity or a proper sewage system, and the Gaza Strip experiences major environmental deterioration.” The UN has repeatedly predicted that if conditions are not reversed, Gaza would be unlivable in 2020. This year has come and gone and there has been no pressure on Israel to ease the blockade of Gaza’s vulnerable population. This policy amounts to “collective punishment” which is a crime in under international law.

Conditions have been made worse by COVID. The authorities in Gaza contained the spread from March, when travellers brought it to the strip, until it ballooned in August. World Health Organisation director in Gaza Abdel Nasser Soboh told Al Monitor, “The infection rate in the Gaza Strip exceeds the health-care system’s capacity, as it needs a lot of external support in order to be able to provide the necessary services.” Gaza has reported more than 14,000 cases and at least 70 deaths among 2 million people.

The economy of the West Bank and its 2.8 million inhabitants has been hit hard by the Palestinian Authority’s boycott of Israel and the US following Donald Trump’s recognition of Jerusalem as Israel’s capital, shift of the US embassy to Jerusalem, cancellation of funding to UNRWA, the UN agency that cares for Palestinian refugees, and legitimisation of illegal Israeli colonisation which continues apace and without international intervention.

Due to the global preoccupation with COVID, Israel has escalated its violations of Palestinian rights, accelerated colonisation and deepened its military occupation while the virus has swept through Palestinian communities and stunned the weak economy of the West Bank.

Due to the Palestinian Authority’s refusal of Israeli-collected tariffs and taxes in protest against US and Israeli policies, the cash-strapped government has been forced to halve salaries of 180,000 civil servants struggling to make ends meet while COVID has locked down cities, towns and villages. Although Israel last week released the accumulated $1 billion in funds, the shortage of cash from March through November has harmed the economy.

Israel has continued its crack-down on Palestinian protests and demolitions of Palestinian homes and rural shelters in East Jerusalem, the West Bank and Jordan Valley. Israel has also stepped up its land grab in the West Bank by legalising the reclassification of Palestinian private land as public land so that settler outposts can be declared legitimate. Until now, outposts are considered illegal under Israeli law as well as international law.

Israeli settler organisations are exerting pressure to force out Palestinian residents of the strategic Silwan neighbourhood in East Jerusalem and Middle East Eye reports that the Israelis are trying to close down and clear Palestinian shop keepers from Bab Hutta, near Herod’s Gate and the entrance to the Haram Al Sharif, the mosque compound. Israeli income, property and value added taxes have been levelled on shops and intelligence, police, the Environment Protection Authority and the Consumer Protection Agency have made simultaneous moves against the traders. This pressure has been stepped up, allegedly, because Palestinian youths have harassed settlers living in or passing through the quarter.

In the rural West Bank, Israeli settlers, protected by armed Israeli soldiers, have continued to rob olives and uproot olive trees in Palestinian orchards. During the first 11 months of 2020, 919 Palestinians have lost their homes, in comparison with 677 during 2019. This is a four year record during a pandemic, reported Israeli human rights organisation B’Tselem. Just ahead of the November 3rd US electons, Israel destroyed the shelters of the community of Khirbet Humsah in the Jordan Valley. B’Tselem called this action, seen as a tool of Israel’s policy of forcible transfer, “The largest demolition in a decade”. The aim of this effort is to force Palestinian herders and farmers off their land, out of their villages, and into the West Bank’s isolated urban centres where they have no roots, no employment and no future.

In B’Tslem’s view, Israel’s recent retreat from formal annexation of the West Bank following an international outcry does not count. Israel long ago de facto annexed the West Bank where 400,000 Israelis dwell illegally in 250 colonies in violation of international law. “By engineering the space, Israel has radically changed the map of the West Bank to suit its interests, creating contiguity for the settlements and pushing Palestinians into scores of isolated, crowded enclaves.”