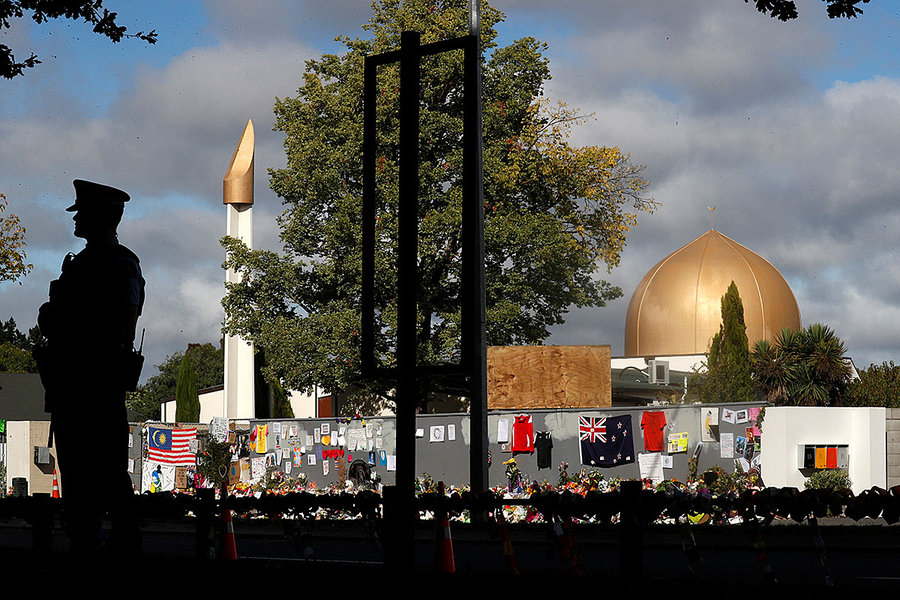 The Christchurch mosque.  The Muslim Times has the best collection to refute Islamophobia

Australian terrorist did not oppose the unprecedented sentence, which comes after three days of emotional victim impact statements

The terrorist who killed 51 Muslim worshippers at two mosques in Christchurch, New Zealand, will spend the rest of his life in jail, a judge has ruled. It is the first time under current New Zealand law that a sentence of life without the possibility of parole has been imposed.

Dozens more were wounded in the attacks in March last year in the country’s worst peacetime massacre. It prompted an outpouring of grief and unity in New Zealand and around the world, and generated debate about how to deal with white supremacist terrorism.

Earlier, the gunman, Australian Brenton Tarrant, 29, did not oppose the sentence in court on Thursday – despite being given the chance to do so – provoking surprise among some of his victims.

“You present as a deeply impaired person motivated by a base hatred of people you perceive to be different from yourself,” Justice Cameron Mander, the presiding judge, told the court in Christchurch, as he pronounced the sentence.

“You have offered no apology or public acknowledgement of the harms you have caused,” he added. “While I appreciate that you have forsaken the opportunity to use these proceedings as a platform, you appear neither contrite nor ashamed.”

The attacks had been extensively planned over a long period of time, he said. An earlier official account given in court revealed the gunman had amassed a cache of semiautomatic weapons and studied plans of the mosques he intended to attack.

“The sole purpose of this preparation was to kill as many people at each mosque as efficiently and as systematically as you could,” he added.

Before he imposed the jail term, Mander read aloud, at length, moving descriptions of most of Tarrant’s victims and recounted remarks their families had told him. Twice, the judge paused briefly to blow his nose and compose himself.

“Their loss is unbearable,” he said, of one family. In remarks about another victim, he said: “Your actions have destroyed that family as they have so many other families.” Some in the public gallery wept as the judge mentioned their murdered relatives.

Of Mucaad Ibrahim, 3, who was deliberately executed by the gunman, Mander said: “No parents can recover from the murder of such a small child.”

The sentence came after the court heard three days of emotional victim impact statements during which more than 90 of those bereaved or wounded in the attacks addressed the court. Many asked Mander to bar the gunman from ever walking free from jail.