The past, present and future of European Muslims – Part II 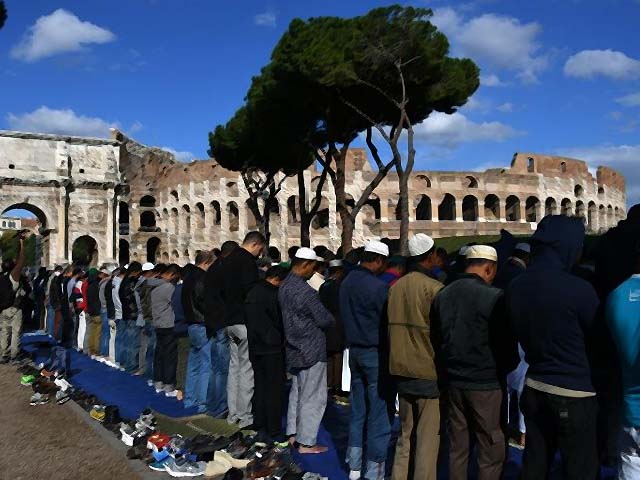 This article is the second in a two part series which explores the history, current status and future of Muslims in Europe. Read Part I here.

Beginnings of a European Islam

It will be safe to assume that a European form of Islam is emerging now, and has its roots in European history. The idea is to develop new interpretations of Islamic theology which will be in line with the European intellectual tradition and culture. According to some European Muslim scholars this branch of Islam will be a new religio-cultural off shoot, and will help to thwart extremist ideologies from the Middle East. If this new tradition was to take root as another authentic expression of Muslim faith, then European Muslims will stop looking towards traditional Islamic interpretations for guidance. This form of Islam will be closer to the European values of enlightenment, rule of law, democracy, separation of church and state, equal rights women and tolerance of other religions. In general, two kinds of dichotomies can emerge. A watered-down or liberal version of Islam, which will accept secular European values, with the end goal being complete assimilation of Muslims in secular European societies. Whereas the conservative Islamic scholars who want Muslims to retain basic Islamic ethics and teachings, propose complete linguistic and cultural integration but without complete assimilation in secular lifestyles.

But why do we need European Islam? Why can’t the Muslim be more like the Chinese, Hindu, Sikh and Buddhist migrants and assimilate easily in the wider culture? There are some reasons for it. Abrahamic religions tend to be more organised, have few revealed books and trace their origin back to Prophet Abraham and a few other prophets. Unlike Dharmic (Hinduism, Buddhism, Jainism, Sikhism) and far eastern religions (Taoism, Japanese Shintoism, Chinese folk religions), Abrahamic religions have founders or messenger and tend to be more conservative in their outlook towards life. They give their followers a single-minded focus on one omnipotent God, put more restrictions on their followers, like fasting, praying, ritually slaughtered meat, fixed rituals, prohibition of pre-marital sex etc., compared to cosmological and polytheistic religions. Moreover, some rigid social norms tend to get justified in the name of Islam by Muslim cultures. If imported and practiced in Europe, it can lead to societal conflicts. As a group, Muslims tend to be similar to Jews, who lived in Christian and Muslim lands for many centuries without ever giving up their identity and religious conservatism.

It is in primarily in Europe, and not in North America, where most of the stories of ‘lack of Muslim integration’ emerge. These reports are certainly true for a section of the Muslim population, but not for all. Some of the blame can be put on the lack of integration policies from previous European governments and narrow assimilation expectations of host cultures. But the glaring lack of integration for a section of European Muslims, and their insistence on archaic Sharia laws and burqas, begs for more explanation. Britain is an example where the state had to tolerate the presence of Sharia courts for non-binding consultation among British Muslims.

One of the main reasons for such problems can be the low levels of education among previous generations of Muslim migrants. Most post World War-II Muslim migrants were less educated compared to the native population. They were employed in low paid labour sector jobs which required intense physical work. These first and second generation Muslim migrants didn’t tend to be overtly religious. The third industrial revolution in the 1970s, made possible by advances in control systems and robotics, automated many of the manual jobs. Closing of coal mines and off shoring of heavy industry made many working-class people jobless. A lot of working communities were not able to recover from this downturn for many decades. The worst impacted were the Turkish and Arab migrants, and their families. At the same time, the Islamist insurgencies of Wahabi-Salafi Islam, the Muslim Brotherhood and the global jihad movement against communism, sponsored by some Western powers, were rearing their ugly heads. These movements made inroads in Europe and gave very simplistic solutions of complex socio-economic problems. Economically weak Muslims were told by Islamists that if they accept the narrow theological interpretations of Islam then most of their problems will be solved, which led to the ghettoisation of Muslim minds.

Turkey, Saudi Arabia, Iran, and other Arab states vied for influence among European Muslims and sponsored their places of worship. Western countries allowed Imams and religious teachers from these countries in good faith, so that Muslims could get the required religious education. However, these policies became hindrances towards Muslim integration. Their interpretation of Islam was very narrow according to the social norms of the societies from which they were imported. Such mosques use the native languages of their financier countries (Urdu-Hindi, Turkish, Arabic) and are located in working class areas.

During the Middle Ages, Muslim societies developed a tradition of non-democratic dynastical rule (Caliph, Sultan, Padishah). These tyrants had to legitimise their misdeeds via religious decrees, which were readily provided by court mullahs. Also developed and implemented was the concept of taqlid (blind following). Those undemocratic, anti-woman and anti-rational decrees and works of jurisprudence are still part of Muslim religious thought. Many semi-literate Muslims around the world have been brainwashed by their political and religious leaders into thinking that authoritarian rulers and bigoted interpretations of Islam are justified. For them, Sharia means the blind following of any power-hungry Islamic scholar and development of an unquestioning mindset when it comes to challenging the authoritarian rulers. With the rise of nationalism in Muslim majority cultures, the Islamist myth became common that it is the duty of Muslims to live in a Sharia governed Caliphate.

Islam does not call for the establishment of an ‘Islamic State’ or implementation of Sharia by political means. It does not even talk about having a state, and mostly concerns itself with the spirituality of the individual. It gives believers few personal laws which one can practice in any day and age, in any place and culture, with or without the presence of the state. The oldest secular empires are Chinese in origin and not Western. Muslim presence in China is almost as old as Islam and yet Muslims managed to successfully integrate and assimilate themselves in Chinese society. The greatest Indian Muslim empires, the Delhi Sultanate and Mughal Empire, had many secular elements incorporated in their governance. Hence, there is nothing contradictory about being a Muslim and living in a secular Western state. Arab and Persianate empires always had secular laws for many areas of life (in Persiantes it was called qanoon), along with Sharia law (which actually governs only a few things). But in the last few centuries, due to the decline of higher culture, intellectual tradition, and rise of nationalism and nation-states, the tolerance of minorities, the spirit of innovation and acceptance of secular laws has declined. A religious world view started to dominate the Muslim world, according to which every law had to come from the Quran and Islamic jurisprudence. Migrants from these cultures brought many obsolete ideas with them. This section of European Muslim population wears Islam on their sleeves.

A section of the Western press is focused on Islamising these social problems. According to this mindset it is not the Muslim individual, with a particular socio-economic and cultural background, who acts in certain ways, but it is the religion of Islam which is causing that individual Muslim to behave badly. A Muslim apparently has no free will of his own. Compared to that, a native European is a complex individual who operates according to his free will. For most Europeans, past incidents like the Salman Rushdie Affair, were only due to Muslim narrow mindedness but not because of the complex geo-political mechanisations of Iranian, Saudi and Pakistani governments. Islamists ought to represent only themselves and not the whole community, yet they became the poster child of Islam in post 9/11 Europe.

What also hinders the acceptance and integration of Muslims in a big way is the criminal behaviour of a section of Muslim men belonging to the underclass. In the United Kingdom (UK) there was a huge scandal which comprised of Muslim men grooming and raping thousands of working-class white girls. For such criminals the justification for such a vile act was the different sexual mores of the victims. These women were ‘fair game’ for trafficking because they were working class, helpless girls. One horror story after another emerged about the prevalence of such gangs. In Germany there is a huge problem with Turkish, Arabic and Balkan gangs, and these criminal men are not practicing Muslims.

In the last few decades, Muslim ghettos emerged in major European cities like Brussels and Paris. In these ghettos Islamists found fertile ground for recruitment among jobless men, who later went on to do violent attacks. The safety of women also became an issue in these neighbourhoods. Local governments either ignored or willingly tolerated these problems and asocial behavior. These places became anti-melting pots, where people were interacting with their surrounding environments for the sake of mobility and commerce but not for genuine interaction. Tolerance for such a lack of integration caused a right-wing backlash in these societies, and the governments were accused of appeasing the minority population. Such scenarios have to avoided. Multiculturalism is fine if it does not become oppressive and dangerous for the masses. European governments have to become more selective when it comes to choosing the kind of migrants they want to import. Unskilled and criminal migration comes at a detriment to the image of an already present migrant communities.

Blaming host societies for their short comings can only be useful to some extent. The indigenous and new Muslim migrants have to do more. Muslims of Europe have this historic opportunity to develop new Islamic theology and challenge the orthodoxies formed around Islam during the previous centuries. They must stop insisting on interpreting their religion using obsolete medieval commentaries and works of jurisprudence. Muslim migrants and converts in India, China and South East Asia have always interpreted Islam in new ways. It will take imagination and courage on the part of European Muslims to do the same. Intellectual and academic tools, as provided by European universities and research centres, will help them in this regard. What European Muslims ultimately need is the reconstruction of religious thought, better socio-economic integration, dialogue with non-Muslims and a new and constantly evolving set of cultural norms. 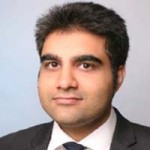 WRITTEN BY:
Hassan Mirza The writer is working as an applied scientist in Germany and specialises in Computer Simulations, Applied Artificial Intelligence, and Energy Modelling. In his free time he reads extensively in multiple languages (Urdu, English and German) and is interested in writing about scientific and socio-economic issues.

The views expressed by the writer and the reader comments do not necassarily reflect the views and policies of the Express Tribune.