India will be major winner in America-China Cold War 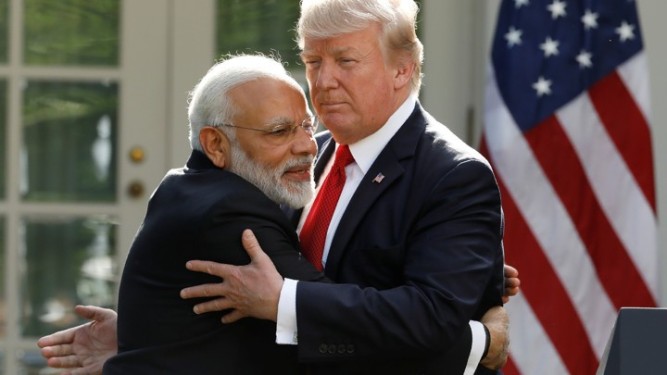 By Dr. John C. Hulsman is the president and managing partner of John C. Hulsman Enterprises, a prominent global political risk consulting firm. He is also senior columnist for City AM, the newspaper of the City of London. He can be contacted via http://www.chartwellspeakers.com.

An African proverb has it that, when elephants fight, it is the grass that suffers; meaning that there is almost always unintended collateral damage when great powers come to blows. But that is not always the case in geopolitics. Instead, our present world is increasingly characterized at the global level of analysis by the incipient Sino-American struggle for dominance. However, great powers one rung below — particularly India and the EU — have an opportunity not only to affect the overall outcome of the contest, but to greatly advance their interests along the way.

As has been true since time began, there are basic rules to global politics, based primarily on geography. The joint Eurasian landmass remains the dominant geographic fixture of the world in terms of resources, population, and overall importance. To control either section of Eurasia proper (Europe or Asia) is to dominate the world.

As an island superpower off of the Eurasian landmass, overall American foreign policy at the geostrategic level is simple: To stop any other superpower from dominating either portion of it, in order to maintain its dominant global position. Presently, this means cultivating both the EU and, more importantly, India as allies against a rising China. It is in this geostrategic context that India’s increasingly rosy future must be seen.

There is little doubt that, with the US only just emerging from the pandemic and enduring nationwide civil rights protests too, China is on the strategic march. Settling scores with the nationalist Indian government of Narendra Modi as it moves ever closer to the US is one such example of Beijing’s increasingly aggressive foreign policy.

Not backing down, New Delhi reinforced its military position in Ladakh, along the disputed Sino-Indian border, at the same time as Beijing rushed 10,000 troops to the disputed area. While both sides then took a deep breath, and were in the process of de-escalating the potentially dangerous conflict, confrontations on Monday left at least 20 Indian soldiers dead. In essence, a mini-war has just been fought, with Beijing seemingly emerging the victor.

But appearances can be highly deceptive in international relations, for the purpose of the exercise from the Chinese point of view was not to gain territory on its far-away border, but rather to humiliate the Modi government, warning it off from deepening its ties with the US.

The never-subtle Global Times, a nationalist, state-owned Chinese newspaper, made this plain, warning the Indian government on May 31 not to “become a pawn” in the new Cold War between the US and China. Exhibiting its lack of emotional intelligence, the Chinese Communist Party leadership fails to understand that bullying India, rather than cowing it, is likely to drive New Delhi even more firmly into America’s arms.

This great strategic shift between Washington and New Delhi to a de facto alliance has been gathering speed for some time, cemented by joint worries about the rise of China. In 2016, the US designated India a “major defense partner” for the first time, leading to increased intelligence sharing between the two great powers and a slew of arms deals, amounting to $7.9 billion between 2017 and 2020. Annual joint naval exercises (along with Japan) are now the norm in the Indian Ocean.

In particular, New Delhi views the nascent Quadrilateral grouping of India, the US, Japan, and Australia as an anti-Chinese alliance of Indo-Pacific democracies. The Modi government has been further encouraged as the Trump White House — exasperated by the out-of-date G7 process of major European and North American democracies (plus Japan) — has proposed the group’s expansion to include Asian powers Australia, South Korea and India itself. There is little doubt a momentous geostrategic realignment has begun.

As this new Cold War gathers pace, so do calls for the partial decoupling of the central Sino-American supply chain that has characterized the fading era of globalization. Rows over China’s complicity in the spread of COVID-19 will likely accelerate this decoupling process, as the US, EU, Japan, the UK, and Australia become more uncomfortable with their overdependence on Beijing.

Suggested reading by the Muslim Times

Zheng He: A Chinese Muslim Admiral!

Building a Bridge Between China and Her Muslim Minority: Taoism as Understood by a Muslim Scholar

Building a Bridge Between China and Her Muslim Minority: Confucianism as Understood by a Muslim Scholar

December 2011 Alislam-eGazette: A watershed moment for China: Islam or Christianity?