The sun and the moon run their courses according to a fixed reckoning.
And the stemless plants and the trees humbly submit to His will.
And the heaven He has raised high and set up a measure,
That you may not transgress the measure.
So weigh all things in justice and fall not short of the measure. (Al Quran 55:6-10) 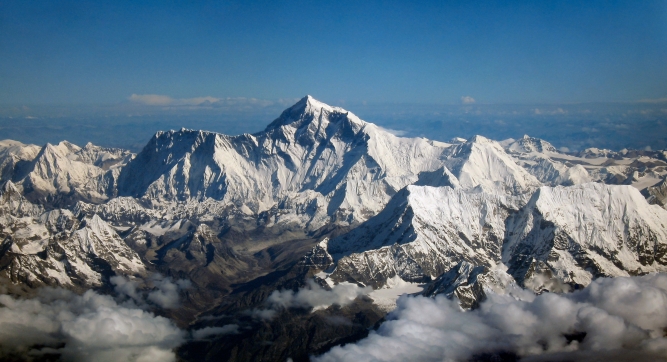 As the lockdown to stop the spread of coronavirus in India continues, pollution levels across much of the country have dropped sharply. Now some residents in northern India say they can see the snow-capped Himalayas 200 kilometres away for the first time in 30 years.

Mesmerising, amazing, massive, surprising, never-before. There’s been no dearth on social media of words to express what people in Jalandhar district of Punjab in India were feeling.

Sant Balbir Singh Seechewal says he has never seen anything like this before.

“We can see the snow-covered mountains clearly from our roofs. And not just that, stars are visible at night. I have never seen anything like this in recent times,” says Mr Seechewal, who has been working to raise awareness of environmental pollution for over 30 years.

“Never seen Dhauladar range from my home rooftop in Jalandhar. Never could imagine that’s possible. A clear indication of the impact the pollution has done by us to mother earth,” Mr Singh posted on Twitter.

India, a country of nearly 1.4 billion people, has been under lockdown due to the COVID-19 pandemic since 22 March.

“Not just normal traffic is off the roads, but most industry is also shut down. This has helped bring the pollution level to unbelievably low levels,” Mr Seechewal said.