CAIRO, April 6 (MENA) – The Ministry of Awqaf has launched an initiative that intents to promote the moderate teachings of Islam through various media outlets, including the website of the ministry.

Titled “Towards an Enlightened Religious Discourse”, the initiative falls within the framework of the ministry’s intensified efforts to renew the religious discourse and promoting the moderate teachings of Islam, said Minister of Awqaf Mokhtar Gomaa on Monday.

The initiative is a part of cooperation between the ministry and the national media institutions towards promoting the wise religious culture, correcting misconceptions surrounding Islam and boosting the religious coexistence, the minister added. 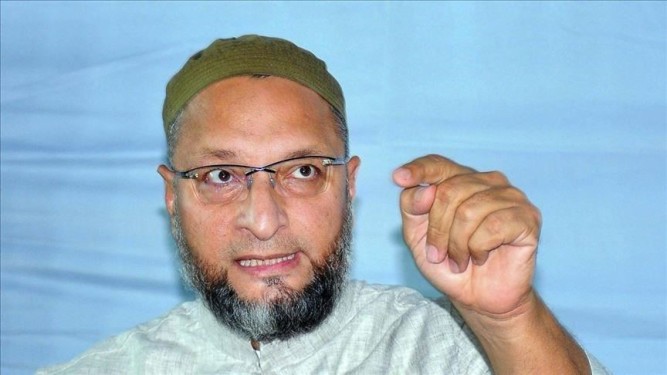 A top Indian Muslim leader on Monday urged Turkish global wire Anadolu Agency to intensify efforts to combat negative perceptions about Muslims and Islam all over the world.

In his greeting message to the Agency on eve of completing 100 years of its news operations, lawmaker Asaduddin Owaisi, also president of All India Majlis-e-Ittehadul Muslimeen said the global media was portraying the most peace-loving religion of Islam as violence-prone and diametrically opposed to the West.

“Therefore, in these times it becomes imperative for a news organization like Anadolu Agency to shoulder the additional duty of dissemination of news as well as combating this perception about Muslims and Islam all over the world,” said Owaisi, who is four-time member of parliament representing southern, historical city of Hyderabad.

He said that Turkey and its leaders had realized the power of media a century ago while laying the foundations of the republic as well as the Anadolu Agency in 1920.

Describing Anadolu Agency as the first wire news agency of the Muslim World, Owaisi, said that Indian Muslims always had a special relationship with Turkey and its people.

“It is a fact, acknowledged in the history that people in India, who were themselves fighting colonial powers came forth to help Turkey in its national struggle in the early 20th century,” said Owaisi.

Anadolu Agency was established on April 6, 1920, by Mustafa Kemal Ataturk, the founder of the Republic of Turkey, to carry the facts of the Turkish War of Independence to the world.

Owaisi recalled his city of Hyderabad had witnessed a strong movement to help brethren in Turkey.

“The people like Waman Naik, Keshavrao, Mir Akbar Ali and Muhammed Asghar are among few, who led a movement in Hyderabad in support of Turkey,” he recalled.

“We in India are also proud that one of the founders of Anadolu Agency is Abdul Rehman Peshawari, an alumnus of Aligarh Muslim University. He had joined people’s mission to help people in Turkey who were suffering due to the Balkan War of 1912-13,” said Owaisi.

Peshawari is of Kashmiri descent and his family had shifted to Peshawar, in present-day Pakistan, in the late 19th century.

“Since Anadolu Agency is crossing an important milestone this year, completing 100 years of its existence, we hope that it now takes the role of a global news agency and gives stiff competition to western media outlets in terms of coverage, credibility, understanding, and depth,” Owaisi said while praying for the bright future of the Turkish Agency.

Anadolu Agency witnessed all stages of the national struggle, the War of Independence and reforms of the Republic.

As a global news agency, Anadolu Agency is among the 10 most influential media outlets in the world, providing nearly 6,000 subscribers from 100 countries with thousands of news stories, photos, videos, infographics and other information-based content through its global network of correspondents and photojournalists in 86