Donald Trump’s acquittal in his Senate trial after being impeached for courting foreign intervention in the 2020 US elections and obstruction of Congress can only embolden him to adopt increasingly destructive policies in this region. First and foremost, the subservient Republican Party refused to either allow testimony or documents to be introduced into the proceedings, but celebrated his acquittal as if the trial had been fair. Consequently, Trump and his party will continue to adhere to an Israeli agenda on all regional issues. From now on, there are no brakes on Trump’s impetuous, erratic, self-interested political moves, which can only become increasingly dangerous since Trump is certain to grant Israel more and more of its demands as the November election draws near.

In February 2017, shortly after his inauguration, know-nothing Trump began to set the tone of his involvement in the Palestine-Israeli conflict by appearing to back away from the internationally-mandated “two-state solution” during a meeting in the White House with Israeli Prime Minister Benyamin Netanyahu. Trump said he would support a one-state solution if agreed by the two sides and vowed to move the US embassy to Jerusalem, a longstanding Israeli demand. Trump also urged Israel to slow colonisation of the West Bank, raising Palestinian hopes that he might adopt a positive line on settlement expansion. In early May, without speaking in specifics, Trump pledged to work for peace when he met Palestinian President Mahmoud Abbas in Washington. His contradictory ideas on a subject about which he knew little or nothing soon morphed into hard-line pro-Israel policies.

Trump’s first trip to the region was to Saudi Arabia and Israel. His aim was to warm relations with Saudi Arabia, which had been cool during the Obama administration, and repair ties with Netanyahu, which had frayed under president Barack Obama. In a false display of even-handedness, Trump met Abbas in the West Bank town of Bethlehem. After this encounter, Trump said he hoped his administration would help the parties negotiate a peace deal.

By November, Trump was totally committed to follow Israel’s line when son-in-law Jared Kushner and his pro-Israeli team began works on the secret “Deal of the Century.” This was demonstrated on December 6, when he recognised Jerusalem as Israel’s capital, and said he would shift the US embassy from Tel Aviv to Jerusalem. He subsequently cancelled US contributions to the UN agency caring for Palestinian refugees, cut all US aid to projects in occupied Palestine and shuttered the Palestinian diplomatic mission in Washington.
On January 28 this year, standing alongside Netanyahu, Trump unveiled his “Deal of the Century”, which was promptly rejected as adopting Israeli positions on Palestine, which was not consulted; Jordan, Lebanon and Syria, the three Arab countries bordering Israel, the Arab League and the Organisation for Islamic Cooperation. Trump’s immediate aim was to give Netanyahu a boost ahead of Israel’s March parliamentary election, the third in a year. Trump’s gifts have not given his friend victory twice over. If the “Deal of the Century” fails to give Netanyahu a new term as prime minister, Trump will have to think of switching his allegiance to rival Benny Gantz.

During 2017, the US and its mainly Western allies bombed Daesh’s capital at Raqqa in northern Syria, driving its inhabitants into the desert and destroying 80 per cent of the town. In August 2018, Trump administration officials announced the $230 million allocated by Congress for the reconstruction of Raqqa would not be dispensed. This sum was part of $3 billion in foreign aid the administration refused to spend. In December 2018, Trump announced his decision to withdraw the 2,000 US soldiers then serving in Syria alongside Kurdish ground troops fighting Daesh and gave a green light to Turkey to attack Washington’s Kurdish allied. He subsequently left 1,000 in the north and northeast to occupy Syria’s oil fields and several hundred at the US base at Tanf in the south on the Jordanian border.

In March 2019, in a bid to boost Netanyahu’s chances of victory in Israel’s parliamentary election, Trump recognised Israeli sovereignty over the occupied Syrian Golan Heights. However, Netanyahu did not win although Trump’s gesture has become US policy, creating a precedent for Israel’s annexation of the Palestinian West Bank and other illegal occupiers, including Turkey in northern Cyprus and northern Syria.

On May 8, 2018, Trump withdrew the US from the 2015 Joint Comprehensive Plan of Action, the deal for the dismantling of Iran’s nuclear programme in exchange for sanctions relief. He took this decision a month after pro-Israel, anti-Iran hawk John Bolton became national security adviser and a week after Netanyahu delivered a speech claiming, without proof, that Iran had “lied” when it claimed it had no intention of developing nuclear weapons.

Since withdrawing from the deal, Trump has ramped up sanctions on Iran, crippling the country’s economy and depriving Iranians of essential food and medical supplies and depriving Iran of external revenue by shutting off most of its oil exports. Instead of waging armed conflict with Iran, as Israel has proposed repeatedly, Trump is waging economic warfare, possibly eliciting retaliation from Iran.

Following the 2017 defeat of Daesh at Mosul, Trump claimed that Daesh was “finished” and the US military mission focused on trying to counter Iran’s influence in Iraq. This effort culminated in the assassination of Iranian Quds Force Commander Qassem Soleimani on January 3 this year. Netanyahu, naturally, praised Trump and expressed Israel’s “full appreciation for acting with determination, strongly and swiftly. We stand fully by the United States…” The Iraqi government responded by calling for the US to withdraw from the country, a demand Trump has refused, boosting the anti-US camp in Iraq. 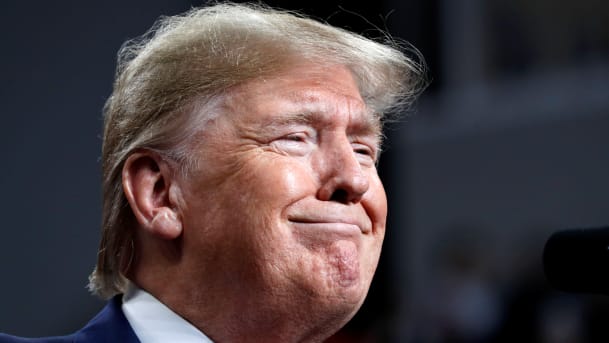