Arsenal midfielder Mesut Ozil has opened up about his philanthropic activities on social media. He previously made a remark supporting Uighur Muslims of China. 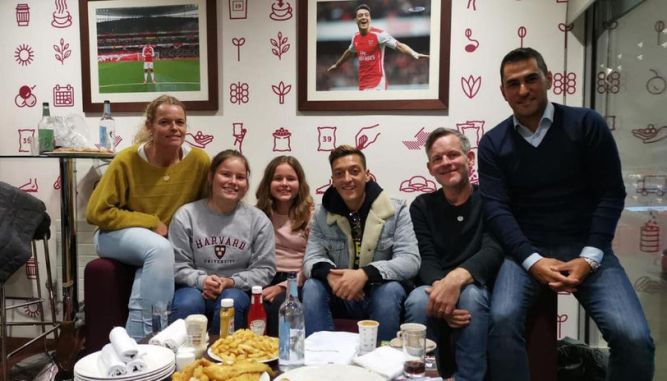 Arsenal star Mesut Ozil has been in news due to multiple controversies surrounding his form this season. He has had a rough patch under former Arsenal manager Unai Emery. He was also criticized over his recent remarks against China. However, the player has now received praise from all corners due to his philanthropic activities.

Mesut Ozil took to Twitter to announce that he had contributed towards 219 operations for underprivileged children. He also affirmed his commitment to taking this tally to at least 1000 surgeries. Ozil stated that he and his wife had pledged to help children before their wedding in June 2019.

On December 13, Mesut Ozil posted a message on his social media handles throwing light on the atrocities committed by China on Uighur Muslims in the Xinjiang province. He also questioned Muslim countries for their ignorance towards the issue. The post on his social media read, “East Turkistan, the bleeding wound of the Ummah, resisting against the persecutors trying to separate them from their religion. They burn their Qurans. They shut down their mosques. They ban their schools. They kill their holy men. The men are forced into camps and their families are forced to live with Chinese men. The women are forced to marry Chinese men. But Muslims are silent. They won’t make a noise. They have abandoned them. Don’t they know that giving consent for persecution is persecution itself?”

Mesut Ozil has endured a difficult campaign this season, having been left out of the starting XI on many occasions by former manager Unai Emery. He has just eight appearances in the Premier League. He has one assist to his credit, but he is yet to score for the Gunners. Arsenal are placed 11th in the Premier League points table, bagging 23 points so far. They will next play against Bournemouth on Thursday, December 26, 2019.