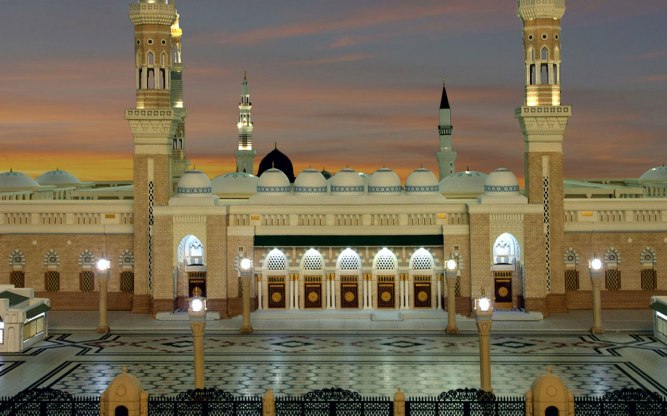 The Mosque of Medina, first built by the prophet Muhammad himself.  The Muslim Times has the best collection about the prophet

Dutch anti-Islam politician Geert Wilders has revived his plan to hold a contest for cartoons caricaturing the Prophet Muhammad, more than a year after cancelling such an event out of fear for attacks in the Netherlands.

In a tweet late on Saturday, Wilders called on people to send in their Muhammad cartoons.

“Freedom of speech must prevail over violence and Islamic fatwas,” the leader of the largest opposition party in the Dutch parliament wrote.

Wilders cancelled a similar contest in August last year after police arrested a man who had threatened to kill him over his plan.

At the time, plans to hold the contest prompted large demonstrations in Pakistan, organised by Islamist party Tehreek-e-Labbaik, which called on Islamist countries to sever all ties with the Netherlands.

Images of the Prophet Muhammad are traditionally forbidden in Islam as idolatrous. Caricatures are regarded by most Muslims as highly offensive.

In 2005, Danish newspaper Jyllands-Posten published cartoons of Muhammad that sparked demonstrations across the Muslim world as well as several attempts to kill either its editor or cartoonist Kurt Westergaard.

Ten years later, in Paris, a pair of Islamist gunmen killed 12 people at the offices of the magazine Charlie Hebdo, also known for publishing satirical cartoons of Muhammad.

Prophet Muhammad recognized as a great law-giver by US Supreme court, since 1935

Muhammad: A Messiah for Our Time, By Khushwant Singh

The Prophet Muhammad – Most Influential of All Time?

Video: What Does a Catholic Find in the Prophet Muhammad?

To end terrorism, we should follow the path of Prophet Mohammed: Dalai Lama

Muhammad: the Light for the Dark Ages of Europe!

What Can We Learn From the Treaty of Hudaibiyya: Flexibility of Thought?

Did Jesus Predict Muhammad? A Biblical Portal Between Christianity and Islam

Muhammad as Spirit of Truth: A Christian Testimony Against Islamophobia

Book Review: The Prophet of Love: A Catholic’s Note on Prophet Muhammad