Do Christians Still Believe in the Resurrection of the Body? 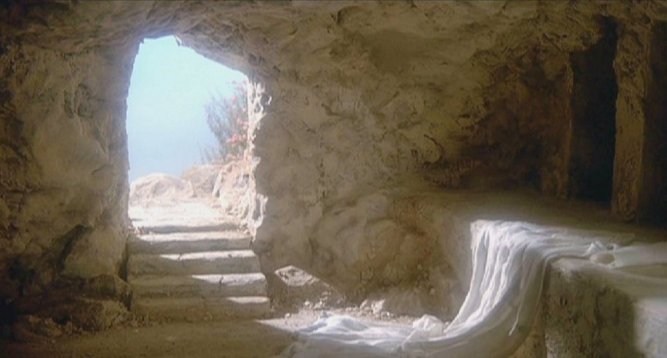 By Dr. R. Albert Mohler Jr., who is a theologian and ordained minister, and serves as president of The Southern Baptist Theological Seminary.

A poll undertaken and published by Scripps Howard News Service and Ohio University points to a most interesting finding — a majority of Americans no longer believe in the resurrection of the body.

As Thomas Hargrove and Guido H. Stempel IIII report, “Most Americans don’t believe they will experience a resurrection of their bodies when they die, putting them at odds with a core teaching of Christianity.” As the reporters explain, “Only 36 percent of the 1,007 adults interviewed a month ago by the Scripps Survey Research Center at Ohio University said “yes” to the question: “Do you believe that, after you die, your physical body will be resurrected someday?” Fifty-four percent said they do not believe and 10 percent were undecided.”

I was asked by Scripps Howard to respond to the survey findings. The report includes my comments:

“I continually am confronted by Christians, even active members of major churches, who have never heard this taught in their local congregations,” Mohler said. “We have a lowest-common-denominator Christianity being taught in so many denominations that has produced a people who simply do not know some of the most basic Christian truths.”

“Most Americans, when asked survey questions about religion, tend to answer in very theistic ways. They tend to affirm what they believe Christianity teaches,” Mohler said. “Therefore, I have to conclude they simply do not know what orthodox Christianity teaches about the resurrection of the body.”

Retired Episcopal Bishop John Shelby Spong, who himself denies the resurrection of the body (as well as the physical resurrection of Christ), also registered surprise at the survey’s finding.

“I don’t know what to make of this,” said retired Episcopal Bishop John Shelby Spong, author of “Resurrection: Myth or Reality” and other books that downplay supernatural events in the Bible. “Maybe the old Greek idea of an immortal soul has taken over and the idea of a resurrected body has fallen into disrepute.”

The survey found strong support for other fundamental Christian doctrines among the general population. The great exception was belief in a personal resurrection.

I did find the survey most interesting (and alarming). These surveys do not reveal the inner life of the persons polled, nor their actual beliefs. Persons tend to respond with what they believe Christianity to teach. On most central matters, the majority of Americans respond in a generally orthodox manner. This does not mean that they are convictional and confessing Christians, but it does mean that they have some personal identification with Christianity and that they know at least something of the doctrinal shape of the Christian faith.

A glaring exception like this lack of belief in a personal resurrection probably demonstrates a profound lack of theological knowledge beyond the bare essentials known to the public. There was strong affirmation of the physical resurrection of Jesus (63 of those polled), so a generalized anti-supernaturalism does not seem to be operating here.

Instead, this is further evidence of the doctrinal evasiveness of today’s churches. My firm guess is that the vast majority of Americans simply have no idea that the Bible clearly teaches a doctrine of personal resurrection and that the claim is central to the Gospel itself. Whose fault is that?

I tell you this, brothers: flesh and blood cannot inherit the kingdom of God, nor does the perishable inherit the imperishable. Behold! I tell you a mystery. We shall not all sleep, but we shall all be changed, in a moment, in the twinkling of an eye, at the last trumpet. For the trumpet will sound, and the dead will be raised imperishable, and we shall be changed. For this perishable body must put on the imperishable, and this mortal body must put on immortality. [1 Corinthians 15:50-53, English Standard Version]