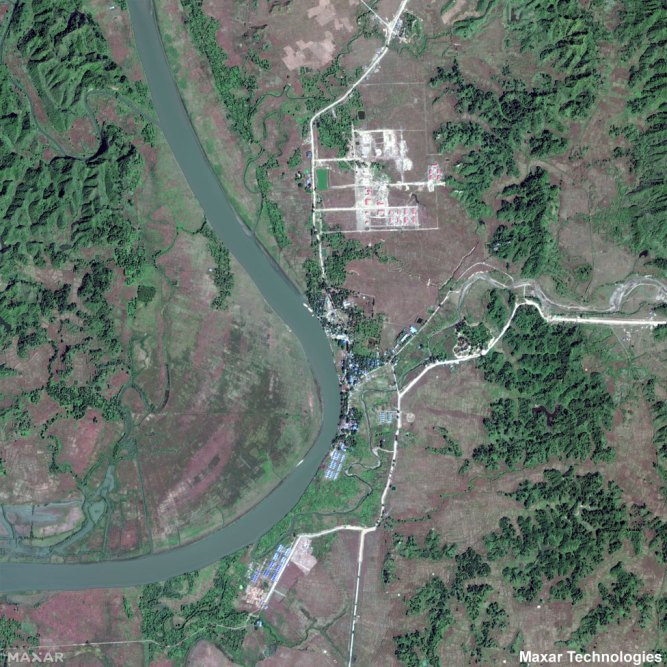 Entire Muslim Rohingya villages in Myanmar have been demolished and replaced by police barracks, government buildings and refugee relocation camps, the BBC has found.

On a government tour, the BBC saw four locations where secure facilities have been built on what satellite images show were once Rohingya settlements.

Officials denied building on top of the villages in Rakhine state.

The UN has described it as “textbook ethnic cleansing”. Myanmar (also called Burma) has denied large-scale killings by its forces.