Hazrat Mirza Masroor Ahmad addresses a congregation of more than 6,100 attendees from across the UK

“Every Ahmadi Muslim must prove to the doubters and skeptics that God does exist and that He is a Living God and that Islam is the final religion revealed by Him.” – Hazrat Mirza Masroor Ahmad

The objectives of the Ijtema, held for the third time at Country Market, Kingsley, were to educate the Muslim youths of the true peaceful teachings of Islam and to inspire them towards serving both their faith and nation to the best of their abilities. 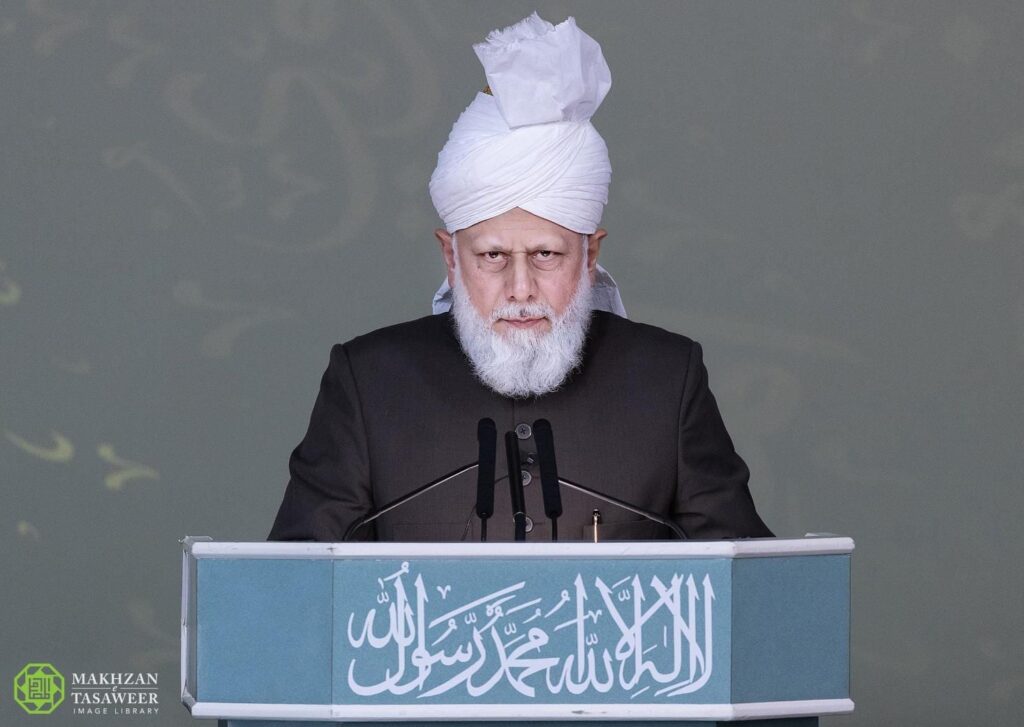 The theme of this year’s Ijtema was ‘The Existence of God’. During the concluding address, His Holiness spoke extensively about the importance of paying heed to one’s spiritual and moral state.

Shining light on the true purpose of religious gatherings, such as the Ijtema, Hazrat Mirza Masroor Ahmad said:

“The main reason we hold Jalsas and Ijtemas (gatherings) is so that all the participants can join together to elevate their spiritual and moral standards and increase their religious knowledge and to recognise that they should continually seek to better themselves.”

“Most importantly, attending the Ijtema should focus the minds of all participants on the foremost requirement of strengthening their bond with Allah the Almighty.”

“It is not enough to merely repeat this slogan or to have it printed on posters or badges, rather you must understand its true meaning and the underlying philosophy behind these profound words.”

“The reason the Second Caliph of the Ahmadiyya Muslim Community assigned this slogan to the youth organisation was to emphasise how important it was for the youth to not only gain secular education, but above and beyond this, to constantly develop their relationship with Allah the Almighty.”

His Holiness explained to the congregation that this motto, if acted upon, would prove to be the

‘guarantor of the success and continued prosperity of the community’.

“These words reinforce and reiterate the fact that the… read more at Alislam.org