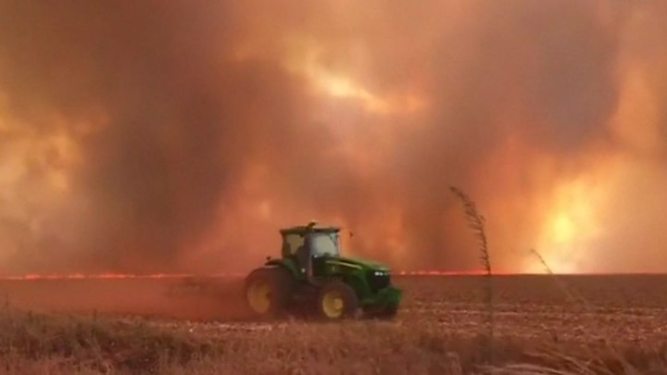 The French and German leaders say the record number of fires in Brazil’s Amazon rainforest is an international crisis which must be discussed at this weekend’s G7 summit.

“Our house is burning,” he tweeted.

Environmental groups say the fires are linked to Brazilian President Jair Bolsonaro’s policies, which he denies.

Mr Bolsonaro has also accused Mr Macron of meddling for “political gain”. He said calls to discuss the fires at the G7 summit in Biarritz, France, which Brazil is not participating in, evoke “a misplaced colonialist mindset”.