War with Iran is the mother of all wars – Iran president 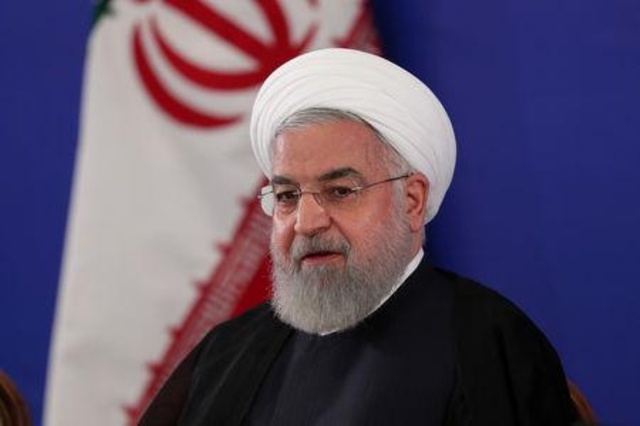 Iranian President Hassan Rouhani is seen during a meeting with Iran’s Foreign Minister Mohammad Javad Zarif and with deputies and Senior directors of the Ministry of Foreign Affairs in Tehran, Iran, August 6, 2019. Official President website/Handout via REUTERS
(reuters_tickers)

GENEVA (Reuters) – War with Iran is the mother of all wars, Iranian President Hassan Rouhani said on Tuesday in a speech broadcast live on state TV, warning once again that shipping might not be safe in the Strait of Hormuz oil waterway.

Tensions have risen between Iran and the West since last year when the United States pulled out of an international agreement which curbed the Islamic Republic’s nuclear programme in return for an easing of economic sanctions on Iran.

If the United States wants to have negotiations with Iran then it must lift all sanctions, Rouhani said, noting that Iran must be allowed to export oil.

Fuelling fears of a Middle East war with global repercussions, the Guards seized British tanker Stena Impero near the Strait of Hormuz in July for alleged marine violations, two weeks after British forces captured an Iranian oil tanker near Gibraltar accused of violating sanctions on Syria.

Approximately one-fifth of the world’s oil traffic passes through the strategic Strait of Hormuz.

The Guards seized an Iraqi oil tanker in the Gulf on Wednesday which they said was smuggling fuel and detained seven crewmen, Iran’s state media reported.