The tweet ominously threatened Virginia Senate candidate Qasim Rashid with an infamous photo from a 1915 lynching and the phrase ‘View your destiny.’

Federal prosecutors in North Carolina have filed criminal charges over an anonymous Twitter post threatening to lynch a Muslim attorney vying for a seat in the Virginia Senate, marking a rare law enforcement action targeting hate speech on social media.
Joseph Cecil Vandevere, of Buncombe County, North Carolina, was indicted June 20 on a single count of transmitting an interstate threat, a felony. FBI agents identified Vandevere as the author of a March 2018 tweet directed at Qasim Rashid, an attorney and author who this month became the first Muslim to win a primary race for a seat in the Virginia Senate.

“It’s not very common that they actively pursue these kinds of death threats,” Rashid said in an interview with The Daily Beast. “It’s going to make social media safer, and it’s actually going to protect speech for those who engage in constructive dialogue as opposed to violent extremism.”

The tweet came from an account called DaDutchman5, and was an all-caps mix of anti-Muslim hate and extremist conspiracy theory, punctuated with a photo from the notorious 1915 lynching of a Jewish pencil factory manager in Georgia. “Let’s meet so you can run that coward mouth to my face,” the message read in part. “View your destiny.”

Rashid said he’s come to expect death threats and hate speech, and even with an occasional prosecution, he expects things will only get worse as the 2020 election draws nearer.

“It bites whenever there is rhetoric coming from, you know, political leadership,” he said. “Anti-Muslim rhetoric, anti-immigrant rhetoric… Just because a death threat is made on social media, it’s no less impactful than a threat made to your face.”
—With additional reporting by Will Sommer 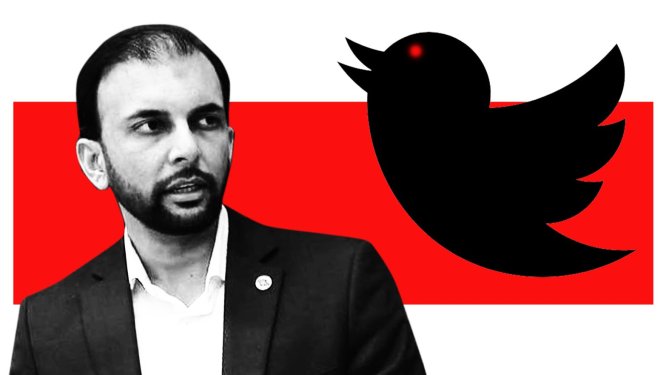