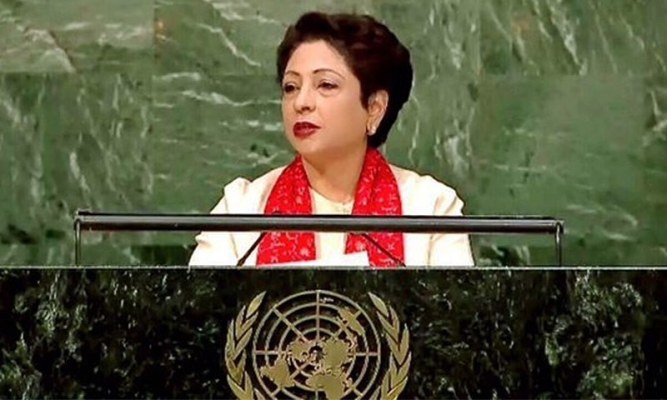 Pakistan has proposed a six-point plan at the United Nations to counter increasing racism and faith-based hatred, particularly Islamophobia, around the world, Radio Pakistan reported on Tuesday.

The plan was proposed by Pakistan’s Permanent Representative to the UN Maleeha Lodhi at an event “Countering terrorism and other acts of violence based on religion or belie” that was arranged by Pakistan along with the UN, Turkey and the Holy See at the headquarters of the world body.

During her speech, Lodhi said: “A particularly alarming development is the rise of Islamophobia, which represents the recent manifestation of the age-old hatred that spawned anti-Semitism, racism, apartheid and many other forms of discrimination.”

The six-point plan at a glance:
Legislation by countries to address racism and faith-based hatred
Monitoring social media platforms to prevent hate speech and negative stereotyping
A “focused strategy” to counter Islamophobia
Increased investment in research to identify root causes of religious hatred
Increased engagement of women and youth
Increase investment in education

Lodhi highlighted the need for governments to “adopt legislation” to address the issues. She also stressed that tech companies “must prevent digital technologies and social media platforms from becoming channels for inflammatory content, incitement and negative stereotyping”.

The Pakistani ambassador to the UN said that Islamophobia must be countered through a “focused strategy as social tensions engendered by it posed a risk to vulnerable Muslim migrants and refugees in the West, besides potentially threatening the social cohesion of host communities”.

She further said that there was a “need to boost investment in enhanced research” to analyse root causes of religious hatred and the reasons behind the violence sparked by it.

Lodhi termed it “imperative” to engage women and youth in order to “establish tolerant and inclusive societies”. She added that it was “critical” to increase investment in education.