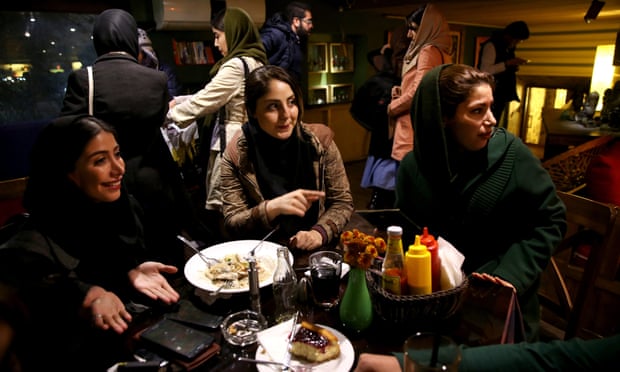 Iranian women at a cafe in Tehran, Iran. Under the Islamic dress code, they must only wear modest colours. Photograph: Ebrahim Noroozi/AP.  The Muslim Times is promoting secularism in every country of the world

Iranian police have shut down 547 restaurants and cafes in Tehran for not observing “Islamic principles”, the capital’s police chief said Saturday.

“The owners of restaurants and cafes in which Islamic principles were not observed were confronted, and during this operation 547 businesses were closed and 11 offenders arrested,” Hossein Rahimi said in statement on the policeforce website.

Fars news agency said the operation was carried out over the past 10 days.

“Observing Islamic principles is … one of the police’s main missions and responsibilities,” the police chief said.