The 2020 global crisis and a third world war 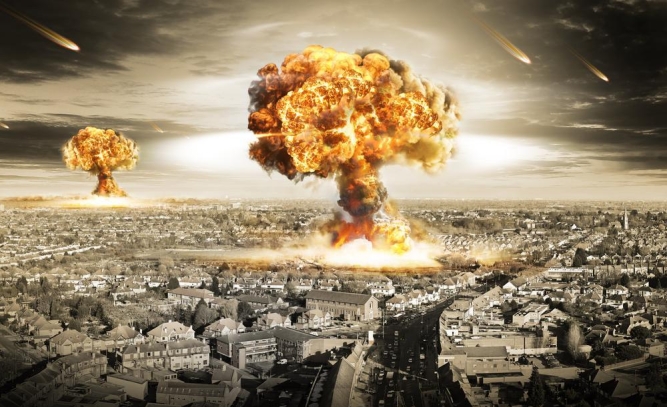 For some time now, I have been sounding the alarm of an impending major economic crisis that may hit globally by the year 2020. Contrary to reports by some analysts and experts, I have good reasons to predict that the next crisis is going to be more devastating than the last one in 2008. Most likely, and similar to the previous one, the new crisis will start in the United States and will last longer, with far more devastating impact on Western economies, causing stagflation and leading to bankruptcies.

Nations around the globe, especially in Europe, have lost confidence in the United States ability to lead in issues of international finance, trade, diplomacy and war. These nations are quietly dismantling the seven-decade-old alliance with the United States, building instead an alternative system of bilateral trade. Furthermore, the US dollar has been losing ground for some years now to other currencies. Bank of England Governor Mark Carney announced in January 2019: “Ultimately, we will have reserve currencies other than the US dollar.”

Similarly, according to Alfred McCoy, historian and professor of history at the University of Wisconsin, the collapse of the dollar will mean “soaring prices, ever-rising unemployment and a continuing decline in real wages throughout the 2020s, domestic divisions widen into violent clashes and divisive debates, often over symbolic, insubstantial issues”.

It is no surprise, therefore, that when asked about a possible repeat of the 2008 crisis, former UK prime minister Gordon Brown stated: “We are in danger of sleepwalking into a future crisis… There is going to have to be a severe awakening to the escalation of risks, but we are in a leaderless world… The cooperation that was seen in 2008 would not be possible in a post-2018 crisis, both in terms of central banks and governments working together. We would have a blame-sharing exercise rather than solving the problem.”

Thus, my prediction is that 2020 will deliver an unparallelled global economic and political crisis. In other words, not only will the uncoordinated economic policies of advanced economies come into play, but so will misguided political decisions and policies, which will set the ground for greater economic plight.

It is possible that China’s state ownership and control of the banking system will fare better: the government will react or pro-act to deal with any adverse impact through a variety of ways, especially since it has not yet reached its growth potential.

I also predict that at least five European countries will suffer from the crisis in the coming year for the reasons stated above, yet, the single euro currency will be preserved. Meanwhile, Brazil, Russia, India, China and Korea will grow at a steady rate during the next 10 years. I also believe that in 10 years, some of the African countries will become more developed and that the economies of the Gulf Cooperation Council region will continue to grow, mainly because of increased oil revenues.

The sequence of events, in my view, will be:

We are looking at a global economic crisis leading to stagflation. The evolving bilateral technological, trade, economic, IP rights, political and military conflicts will culminate into a real confrontation globally. The crisis and emerging conflicts will lead to the third world war between the US and China. The US and China will meet to end the war, as all wars end with agreements. A new world order governed by the G-2 (US and China) will emerge. The Arab region will witness a renaissance that will herald a global Marshal-like economic plan leading to a global economic recovery and prosperity.

Based on the above, my best advice is to prepare for a recession, even if it may not happen. I am advocating to others what I have already started implementing within TAG.Global.

The prescription for an uncertain future is to focus on resilience to withstand uncertainties and shocks: by building focused specific growth strategies, by adopting and enhancing technical and innovation competencies, by emphasising sustainability and by being proactively cooperative. The focus should be on the drivers of long-term not short-term symptomatic measures; initiating action rather than just reacting to developments as they come.

The writer is chairman of Talal Abu-Ghazaleh Organisation. He contributed this article to The Jordan Times