New Zealand prime minister Jacinda Ardern is to spearhead a push to combat violent extremism and terrorism on social media in the wake of the Christchurch attacks, saying the gunman did not have “a right to livestream the murder of 50 people”.

Ardern and French president Emmanuel Macron will host a summit in Paris on 15 May, rallying tech companies and other concerned countries to commit to a pledge known as the “Christchurch Call” – a vow to eliminate terrorist and violent extremist content online.

Ardern said online platforms had been used in a “unique” way to disseminate and publicise video of the Christchurch attack, and there had been rallying cries for New Zealand to take on a leadership role, but the remote island country of fewer than 5 million people could not do it alone.

France was a natural partner, Ardern said, due to its G7 presidency, focus on combating the use of the internet for terrorist purposes, and being the host country for a G7 digital ministers meeting in mid-May. 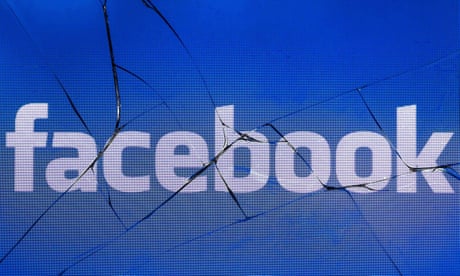 “We want to maintain the principles of a free, open and secure internet, but this isn’t about freedom of expression, this is about preventing violent extremism and terrorism online. I don’t think anyone would argue that the terrorist on the 15 of March had a right to livestream the murder of 50 people,” Ardern said on Wednesday.

“We all need to act, and that includes social media providers taking more responsibility for the content that is on their platforms … it’s critical that technology platforms like Facebook are not perverted as a tool for terrorism, and instead become part of a global solution to countering extremism.”

“No tech company, just like no government, wishes to see violent extremism and terrorism online, so we have a starting point that is one of unity” said Ardern.

“What we’re trying to tackle here is a global issue and I think it requires a global response. New Zealand is looking to play a leadership role because what happened here on the 15 March was unprecedented in the way that is used the internet, so with that does come a responsibility to try and make change.”

The text of the Christchurch Call to action was still being finalised, Ardern said, but there would be a strong focus on practical action, and not just aspirational rhetoric.

Ardern said a number of countries such as France, Ireland, New Zealand and Germany already had internet legislation in place, but more needed to be done towards ensuring better global protections, and tech companies had a responsibility to make their platforms safer.

The Christchurch mosque gunman livestreamed the mosque shootings on Facebook and they were viewed hundreds of times before moderators were alerted 30 minutes after the shootings.

The video of the mosque attack was also copied and shared widely on the internet, and Facebook has said that since the attacks it has intercepted and prevented more than a million attempts to upload and distribute the video again.

The New Zealand government announced on Wednesday that it would offer all victims of the Christchurch mosque shootings permanent residency in the country, an offer that extends to their immediate family members, and which they have two years to take up.