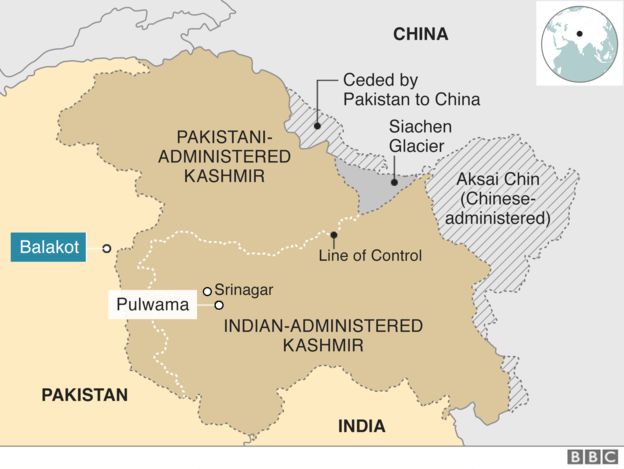 Pakistan says it has shot down two Indian military jets and captured a pilot in a major escalation between the nuclear powers over Kashmir.

India said it had lost one MiG-21 fighter and demanded the immediate and safe return of its pilot.

Pakistani PM Imran Khan said the two sides could not afford a miscalculation with the weapons they had.

India and Pakistan – both nuclear-armed states – claim all of Kashmir, but control only parts of it.

They have fought three wars since independence from Britain and partition in 1947. All but one were over Kashmir.