President of the Ahmadiyya Muslim Community Dayton is welcoming the guests. Missionary Imam Shamshad Shah presiding (center of the table)

“Holy Prophet Muhammad (peace be on him) is an example for all; Martin Luther King’s dream was dream of Islam“, said Imam shamshad of Ahmadiyya Muslim Community.

The program started with recitation of the Holy Quran. After that, the President of Dayton Jamaat, Dr. Abdul Qudoos Shahid, welcomed the audience and gave a brief background of this annual event. He explained that all religions echo the message of equality that Dr. King fought so hard for, therefore, he stated that it is our responsibility to practice those aspects to uplift humanity.

The Ahmadiyya Muslim Community [AMC] had started doing this annual event in 2017 hence, this was the third successive event. 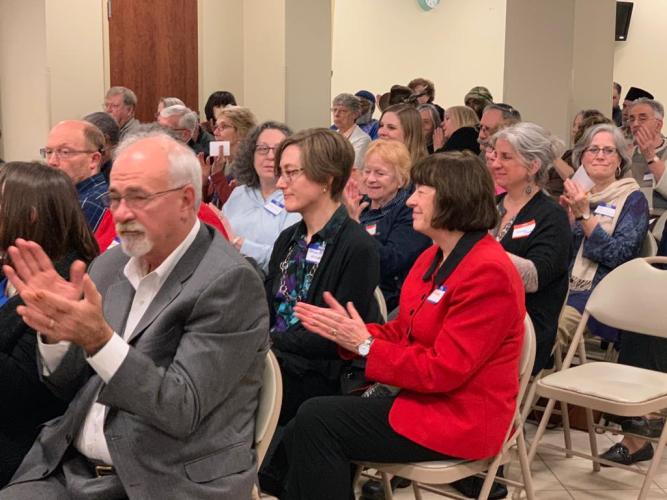 As in previous years, the guest turnout was around 100 people from all faiths and ethnic backgrounds.

The program was focused forefront on the theme of Unity and Understanding of God’s people and in the background there was Dr. King’s vision for unity for all mankind. In this regard speakers from the four faith communities spoke on how their respective faith echoes the very vision of equality and brotherhood that Dr. King taught his whole life.

Mr. Tracy Williams of the Church of Jesus Christ of latter day told the audience of the thousands of missionaries working to spread the message of Jesus Christ.

Imam Shamshad Nasir from the Ahmadiyya Muslim Community spoke at length about the Holy Prophet Muhammad’s (saW) farewell address and the message of respect, tolerance, unity, brotherhood, justice, and love it embodies. He further stated the message of Dr. King is, in fact, the very message of Islam. He talked of the different social service projects the Ahmadiyya muslim Jamaat is involved in locally and globally and thus explained to the audience how Islam is a practical embodiment of the qualities of love, brotherhood, and equality. 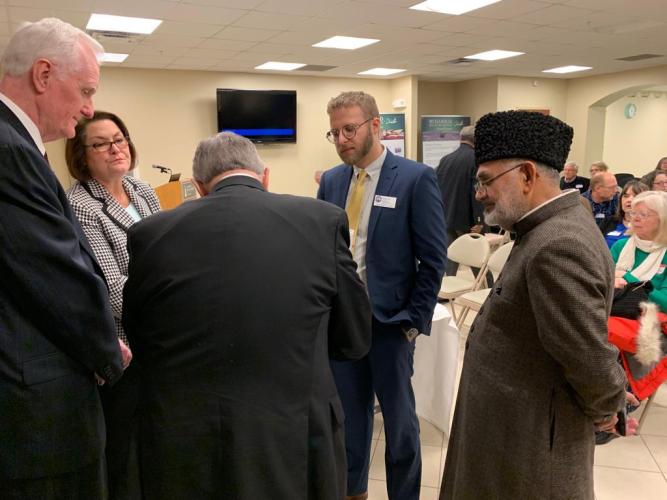 Rev Denise of the Presbyterian Church said that the grace of God is seen in the good things her Church is involved in. She expressed firm faith and belief in God and talked about how it had enriched her life she further elaborated that the message of compassion given by Dr King found in Christianity.

Rabbi Ari Ballaban of the Jewish Comunity said that God’s grace is like a vessel that shines through all godly people.

The program ended with various questions from the audience which were answered by the panelists.

Listed below are some guest comments:

I was blessed to attend the Wednesday evening program honoring Dr. Martin Luther King Jr’s dream! In a time such as this, our interfaith unity is deeply essential and a rich gift to engage.

I valued my first opportunity to participate in this annual program at the mosque. I write with anticipation of future events in which to share. I am a clergy member of Harmony Creek Church in Kettering, a United Church of Christ and Alliance of Baptist Progressive Christian faith community. Five of us from our congregation who attended Wednesday evening were wonderfully enriched. Greta Wagner.

I thought it was a wonderful evening and each and every panelist was informative and moving. Bonnie Beaman Rice.