Israeli daily The Jerusalem Post quoted a spokesman from the Austrian government as saying Kurz had made his position on anti-Semitism clear to Mahathir, who is on a three-day working visit to Vienna.

“Austria is and remains without a doubt a ‘friend and partner of Israel’ and is committed to its fight against any form of anti-Semitism wherever it may occur,” Peter Launsky-Tieffenthal quoted Kurz as saying.

In an email to the daily, Launsky-Tieffenthal said Kurz had told Austrian journalists after a meeting with Mahathir that he and the prime minister held “completely contrary opinions” on the issue and that any form of “anti-Semitism in Malaysia, and anywhere else, is unacceptable”.

This comes a little over two weeks after the government barred Israel’s swimming team from entering the country to participate in the World Para Swimming Championships in July.

Mahathir, who came under fire from various quarters over the move, brushed aside accusations of anti-Semitism, saying he had the right to speak out against Israeli policies, just as his critics had the right to label him anti-Semitic.
In his address to the Oxford Union Society in London on Saturday, he also defended his government’s ban on Israeli athletes, saying it was exercising the same right used by many other countries.

He said a country had “the right to keeps its borders closed to a certain people. That’s why the borders are there.
“We feel that they were doing a lot of wrong things and getting away with it because no one dares say anything against them,” he added.

He also said Malaysia and Israel have no diplomatic relations, so “there is no reason for their athletes to enter the country”.

Israel, meanwhile, has hit out at the ban on its athletes, accusing Mahathir of “rabid anti-Semitism”. 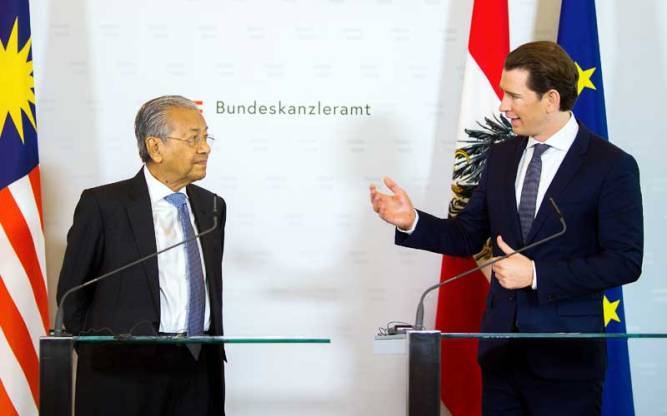