There Is No ‘Israeli-Palestinian Conflict’ 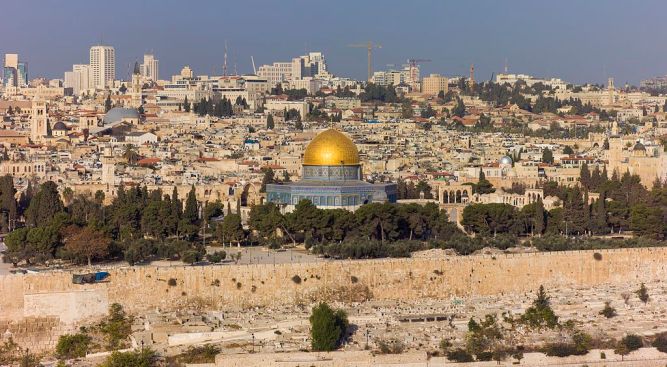 Dome of the rock with Jerusalem in the background

JERUSALEM — If you are reading this, you’ve most likely seen much about “the Israeli-Palestinian conflict” in the pages of this newspaper and of every other important newspaper in the West. That phrase contains a few important assumptions. That the conflict is between two actors, Israelis and Palestinians. That it could be resolved by those two actors, and particularly by the stronger side, Israel. That it’s taking place in the corner of the Middle East under Israeli rule.

Presented this way, the conflict has become an energizing issue on the international left and the subject of fascination of many governments, including the Trump administration, which has been working on a “deal of the century” to solve it. The previous administration’s secretary of state, John Kerry, committed so much time to Israeli-Palestinian peace that for a while he seemed to be here each weekend. If only the perfect wording and map could be found, according to this thinking, if only both sides could be given the right dose of carrots and sticks, peace could ensue.

To someone here in Israel, all of this is harder and harder to understand. There isn’t an Israeli-Palestinian conflict in the way that many outsiders seem to think, and this perception gap is worth spelling out. It has nothing to do with being right-wing or left-wing in the American sense. To borrow a term from the world of photography, the problem is one of zoom. Simply put, outsiders are zoomed in, and people here in Israel are zoomed out. Understanding this will make events here easier to grasp.

In the Israeli view, no peacemaker can bring the two sides together because there aren’t just two sides. There are many, many sides.