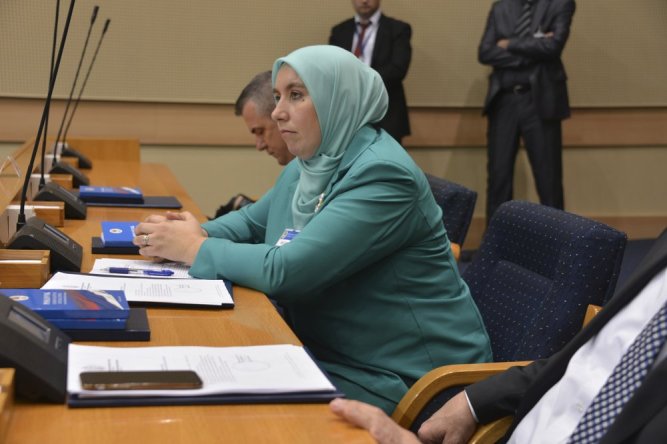 BANJA LUKA, Bosnia-Herzegovina (AP) — For the first time since Bosnia’s ethnic war, a woman who wears a traditional Muslim headscarf has become a lawmaker in the Serb-run part of the country.

Begija Smajic was elected to the Bosnian Serb parliament last month and attended its opening session on Monday.

Smajic is from the eastern town of Srebrenica, where Bosnian Serb troops in 1995 killed some 8,000 Muslim men and boys, the worst massacre in Europe since World War II.

Ethnic divisions remain from the 1992-95 war in which 100,000 people died and millions became homeless. Nationalist parties and politicians won the most votes in the Oct. 7 election.