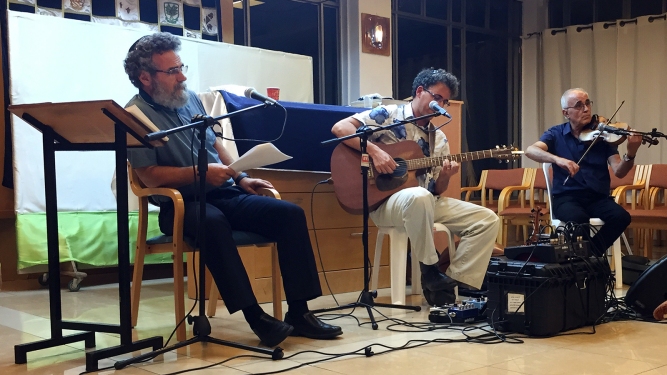 HAIFA, Israel (RNS) — Congregation Moriah, this city’s only Conservative synagogue, offers Arabic classes, as well as occasional lessons on the Quran and the Torah led by its rabbi and a local sheikh.

At a recent event Rabbi Dov Hayun recited his poetry, put to music by a Jew playing the guitar and a Christian Arab playing a lute-like instrument called an oud. They riffed on themes of peace, love and finding God while scuba diving.

But its not his habit of collaboration with other faiths that got Hayun in trouble.

At 5:30 a.m. on July 19, Israeli police knocked on the 56-year-old rabbi’s door, threw him into a cruiser and detained him for three hours.