The death toll from the magnitude 6.9 quake on August 5 has risen to 460, according to a national disaster management agency official.

More than 7,750 were injured as the quake laid some 70,000 homes to waste on the popular tourist island Lombok.

Hospitals, clinics, schools, bridges and office blocks have also been damaged across the northern parts of the island.

About 400,000 people were sheltering in temporary accommodation, some unable to leave, some too afraid in case another earthquake hits.

On Wednesday, August 15, the island was rocked by another magnitude 4.5 tremor, as the aftershocks keep coming.

Disaster management spokesman Sutopo Purwo Nugroho said the death toll was “expected to rise as rescuers rush to pull out victims from the rubble of twisted buildings.”

He added a number of landslides had occurred at several spots after the most recent quake.

The total cost of damage to the island is expected to surpass 5 trillion rupiah (£270million). 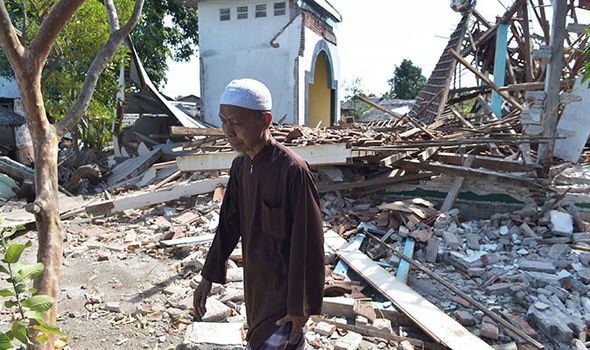 Thousands of tourists have fled the area since the earthquakes began.

The Gili Islands – three tiny islands near Lombok popular for picture-perfect beaches – have been plunged into emergency mode after the first quake hit.

Makeshift hospitals have popped up and many of those who remain on the island are sleeping outdoors, too afraid to be inside in case another tremor hits. 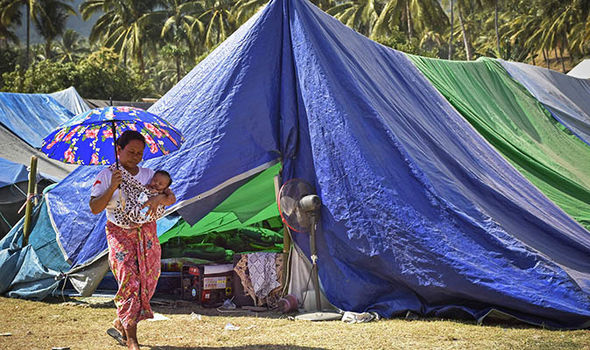 Thousands of tourists left the islands after the mammoth quake, some scrambling over each other for a place on the boats taking them to the airport on the mainland.

Earthquakes are common in Indonesia.

The islands form part of the Pacific ‘Ring of Fire’, a massive horseshoe-shaped arc of seismic and volcanic activity.

The Ring of Fire accounts for about 90 percent of the world’s earthquakes and volcanic eruptions. 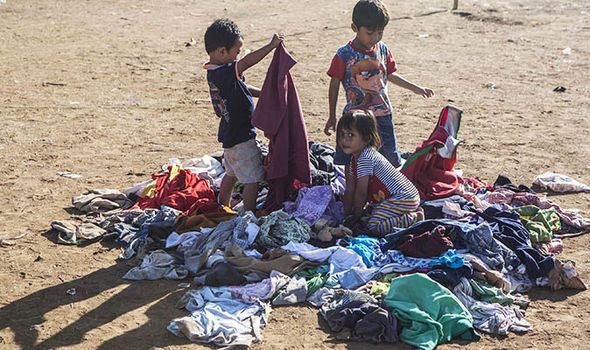 Bali earthquake: The area has been plunged into emergency mode after the first quake hit (Image: Getty )

Sitting just between the Australian and Sunda tectonic plates, Lombok is at particular risk.

Following the August 5 earthquake, hundreds of aftershocks swept the Indonesian city, travelling over to Bali.

On August 9, the strongest aftershock measured at a devastating 6.2 magnitude.

For Indonesia as a whole, a total of 557 quakes have taken place within the last year.