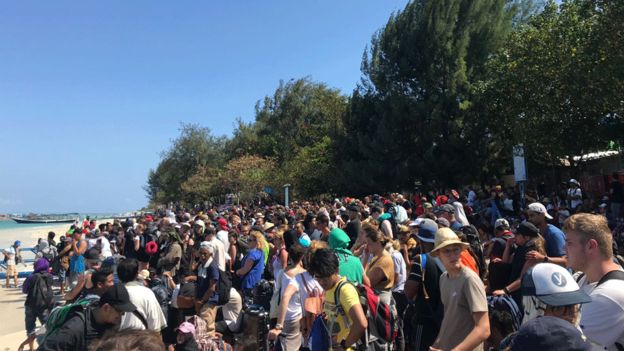 Some 10,000 people have been evacuated on the Indonesian island of Lombok after a powerful 6.9 magnitude quake on Sunday left nearly 100 people dead.

Witnesses spoke of chaos and terror, with thousands of buildings damaged, and power and communication lines cut.

Boats have been sent to evacuate more than 1,000 tourists from the nearby Gili islands.

Aid agencies said the priority was to provide shelter for residents too scared to return to their homes.