JERUSALEM (AP) — Over 15,000 people marched in the Gay Pride Parade through Jerusalem on Thursday, partying in the shadow of a recently passed surrogacy law that excludes homosexual fathers and outraged the gay community. 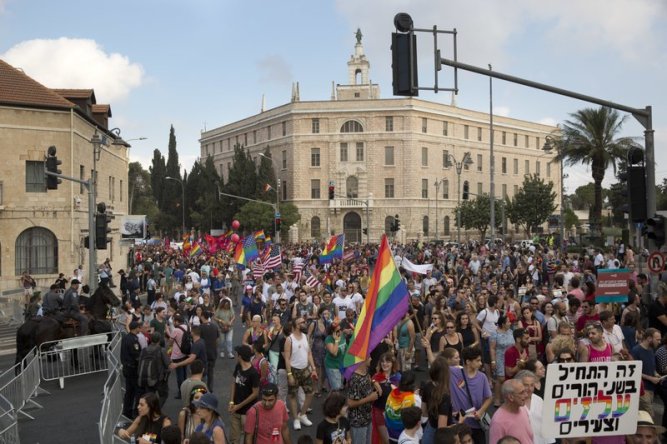 Waving rainbow flags emblazed with the Star of David and blasting music, throngs of people marched through the streets of central Jerusalem amid tight police security. Same-sex couples held hands, others held signs reading “proud to be equal” and “I want to be a father.”

A few dozen people demonstrated against the parade. Some held signs reading “Israel is the holy land not the homo land.” Several protesters scuffled with police and officers made four arrests, police said.