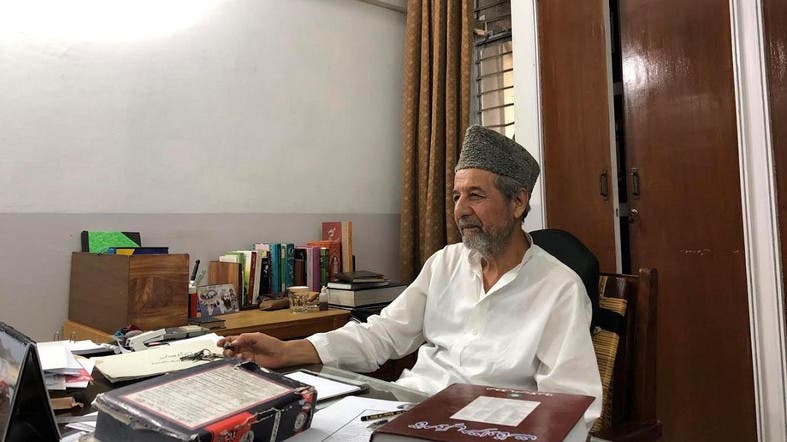 Masood Ahmad Khalid, a member of the Ahmadiyya Muslim Community

There are no campaign posters in the Pakistani town of Rabwah, and no election rallies on its streets. Though they could be an influential bloc in a key electoral battleground, nearly 90 percent of its residents will not vote in a July 25 poll.

The people of Rabwah, in Punjab province, are predominantly Ahmadi Muslims, and abstain from elections due to what they say are discriminatory laws that target their minority sect.

“It’s a matter of our faith so there can be no compromise on that,” community spokesman Salim Ud Din told Reuters.

Pakistan’s Election Commission did not respond to requests for comment. In a letter sent to Salim Ud Din, the commission said it was “following law which cannot be changed by the commission”.

Community leaders say anti-Ahmadi rhetoric has intensified in the lead-up to Wednesday’s general election, as politicians seek to shore up support among religiously conservative voters and head off the challenge posed by two new Islamist parties.

Last year, a row over proposed changes to the election law that would have eased some of the barriers on Ahmadis participating in elections saw the group denounced on the floor of Pakistan’s parliament, while one of the new Islamist parties held street protests.

The Ahmadis consider themselves to be Muslims but their recognition of Mirza Ghulam Ahmad, who founded the sect in British-ruled India in 1889, as a “subordinate prophet within the fold of Islam” is viewed by many of the Sunni majority as a breach of the Islamic tenet that the Prophet Mohammad was God’s last direct messenger.

By law they cannot call their places of worship mosques or distribute religious literature, recite the Koran or use traditional Islamic greetings, measures they say criminalize their daily lives.

A sense of citizenship

Syed Qamar Suleman Ahmad voted for the first and last time in the 1977 election.

Three years earlier the sect had been declared “non-Muslim” by Zulfikar Ali Bhutto’s Pakistan People’s Party (PPP) government. But Ahmad says he still voted for the PPP, because they fielded the best candidate in his constituency.

Bhutto was overthrown and later hanged by military ruler General Zia ul Haq, whose government barred Ahmadis from identifying themselves as Muslim. Ahmad has not voted since.

Masood Ahmad Khalid, who last cast a ballot in 1970, remembers missing his bus and having to walk a long distance to the nearest polling station.

“My father was very particular about voting,” he recalls, adding that the right to vote reinforces a sense of citizenship. “It’s not about wanting to vote, it’s about being given my rights.” 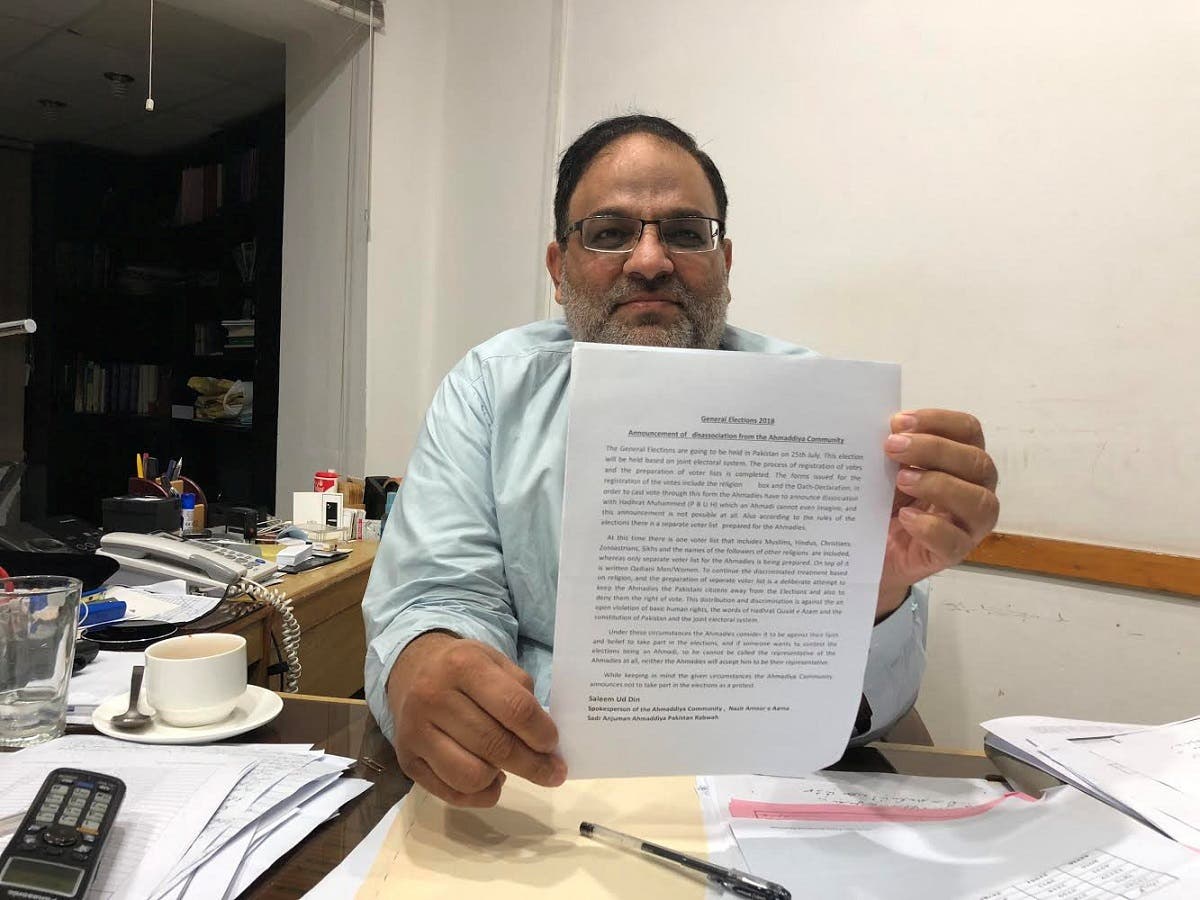 Salim Ud Din, a spokesman for the Ahmadi community, holds up an advertisement outlining during an interview with Reuters in the town of Rabwah, Pakistan. (Reuters)

Salim Ud Din released a statement on July 13 saying the Ahmadi community would once again be disassociating from the elections due to Pakistan’s discriminatory laws.

“We have a very rich history of participating in politics,” he said, adding that Pakistan has allowed itself to be controlled by the religious right.

Election observers believe if the country’s 500,000 Ahmadi were to participate, their vote could swing the results of more than 20 closely contested seats in Punjab, the most populous province where Pakistani elections are won and lost.

“They (the religious right) know we are an organized community, educated, so when we are involved we can have an influence,” Ud Din added.

To comply with laws forbidding Ahmadis to identify as Muslim, the Ahmadi community have erased all Islamic inscriptions from Khan’s gravestone.