SUNDAY READS: From bombs and rubble to regrowth in Richmond Hill, Markham 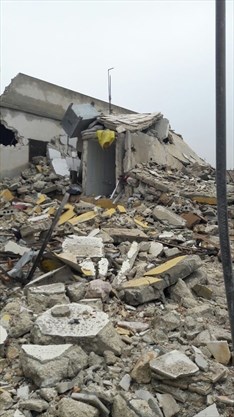 Syrian refugee Mohammad Alomar (left) started a landscaping business. He is seen here with friend and fellow Syrian refugee Darwish Darwish (right) who helps out with the business. They’re at the Markham residence of Gareth Callaway who was also part of the group that sponsored Alomar and his family. – Susie Kockerscheidt/Metroland

Within the safe confines of a Markham home, Mohammad Alomar talks about the life he once knew.

About leaving for work never knowing whether he would return alive.

About living in Aleppo, Syria, and hearing tallies of war casualties:  between 50 and 100 people killed daily.

“Bombs came from ISIS, the government, everywhere,” he says.

The largest city in Syria, Aleppo was the scene of a massive confrontation between the Syrian opposition (including the Free Syrian Army and other largely-Sunni groups, such as the Levant Front and the Al-Qaeda-affiliated al-Nusra Front) versus the government supported by Hezbollah, Shia militias and Russia and against the Kurdish People’s Protection Units.

It was against this backdrop that Alomar tried to earn a living making deliveries, driving a taxi and demonstrating products.

Desperate to leave, Alomar tried to escape to Turkey on April 25, 2014, via a big cooking pot (cauldron), which was all the smugglers had access to since there were no boats.

The smugglers pulled Alomar and a few friends across a river using a rope.

“It was dangerous. You can fall in the river,” he said.

From there, he immigrated to Canada on Jan. 20 2016, ahead of his wife and children.

Alomar is part of the Ahmadiyya Muslim community and says the community here has helped him.

Ahmadiyya is an Islamic religious movement founded in Punjab, British India, in the late nineteenth century.

The Ahmadiyya community is sometimes persecuted in the Muslim world because it interprets the holy book the Qur’an differently than other Muslims.

Persecution is especially present in Syria where many Ahmadiyya Muslims are forced to practice in secret.

Mohammad Alomar, 34, sits at the kitchen table of Markham resident Gareth Callaway and wife Dayna. The couple helped Syrian refugees settle into Canadian life, including a widowed mother of five children who arrived two years ago and stayed with her children in their home.

Alomar says he greatly benefited from the Callaway’s generosity, including being sponsored by his family.

“Gareth is like family. They helped us when we came. They gave us a lot of things we wanted”.

Alomar also speaks candidly about the toll his experience has had on him.

Relatives in Syria communicate with him via the app What’sApp.

The home he lived in before he left Syria no longer exists. His family sent him a photo last year and it’s been reduced to rubble. Most of the houses in that area have been bombed.

“I thought I’m very lucky,” Alomar said. “If I was still there, I could have died”.

Alomar was also robbed of identification while still in Syria, including his wallet and driver’s licence. These were destroyed one day when his brother borrowed his car and ISIS confiscated it.

Alomar’s brother Abdul Hakim was using his car as a taxi service, trying to earn money. ISIS officials stopped the car because they thought the passenger worked with the government.

ISIS placed the passenger and Abdul Hakim in a jail between Turkey and Syria.

Actions were taken to scare them, Alomar said, hinting at torture.

Alomar’s new car had been turned into barricade so ISIS could cut off access to a certain road.

Two bombs were dropped on the car and it exploded.

The car was returned to him in horrendous condition, according to Alomar.

At the beginning of the war, Abdul Hakim had been in the military and was told to use a bomb. He had said he didn’t want to kill people in the village.

After that experience and six months in the military, Abdul Hakim said he wanted to visit his family.

Then there’s the time Alomar’s family was blackmailed by ISIS.

ISIS had taken Abdul Hakim and demanded his family pay money to get him back.

“Because they kill a lot of people in jail, we wanted to save him,” Alomar said. ISIS accepted the $10,000 and released Abdul Hakim.

At one point, his brother bought a gun.

“If someone comes to take me, use the gun, save yourself,” his brother said.

Alomar explains: “ISIS came to our village and took people all the time.”

The government used tanks and airplanes and killed people, he said.

Abdul Hakim ended up being shot by a government person, Alomar says.

Callaway believes Alomar was badly affected by his brother’s death. His brother died a few months after Alomar moved to Canada.

Alomar explains the significance of deaths like his brother’s.

“You can (re) build villages and houses, but you cannot build up someone when they die.”

On the morning Abdul Hakim died, everyone had gathered in one place in Aleppo. A government person fired a shot through the trees right into Abdul Hakim’s stomach. Getting to the hospital would have meant a two hour ride. Abdul Hakim died at about 11 a.m.

Today, Alomar lives with his wife and two children in a Richmond Hill apartment.

Before the war, he had rarely travelled beyond his family’s home and village.

He worries about his parents who are ill and stuck in Syria. There’s pressure to send money home.

His parents told him: “You are lucky”.

He explains: “They have to work hard for nothing”.

“I have to help them,” he says. ”They need something from me. I wake up every day and I’m scared about them.” His solution: “I have to do two or three jobs. It’s not easy.”

He smiles even though he is talking about challenges.

“My big problem is I have to learn English very fast.”

He went to school part-time for six months then left school because he needed to work.

What struck Callaway about Alomar is his positive attitude.

“He’s always smiling,” Callaway said. “He’s grateful for everything in his life so he’s happy with what he has but that doesn’t stop him for shooting for more.”

Alomar opened Aleppo Landscaping and Snow Removal in the winter of 2017/18. Many of his customers are in Markham.

Alomar named his landscaping company Aleppo so everyone would remember the city, he said.

Having left behind the rubble of war, he is hoping to build up and grow his landscaping business, joining forces with his brother-in-law  to do this.

He’s been amazed by customer demand, saying he gets calls each day.

Callaway describes Alomar as having a work ethic that is “incredible.”

Just after he arrived, he got a job at a Popeyes restaurant in Richmond Hill and still works there four or five hours per week despite the booming landscaping business, Callaway said.

“They are my friends. They need me,” he said.

That speaks to his loyalty, Callaway said.

Despite challenges, Alomar remains hopeful and optimistic about the future.

“I can do everything if I want. Nothing’s going to stop me here. I can build a big company”.

For more information on Alomar’s company, go to http://aleppolandscaping.ca/

Sunday Reads is a  monthly feature on yorkregion.com. If you have a suggestion for a future story, e-mail newsroom@yrmg 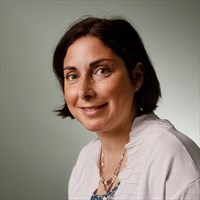 Categories: Ahmadiyyat: True Islam, Asia, Europe, Love for All and Hatred for None, Syria, UK