Citizenship: More than one in five Swiss has dual nationality

Since 2010, the number of Swiss citizens possessing another country’s passport has increased by 40%.

According to the NZZ am Sonntag paper, a total of 916,000 Swiss citizens residing in the country have dual nationality. In addition, 560,000 Swiss abroad have another passport. With the two combined, it is estimated that more than one in five Swiss is a dual national. The article, that was published on Sunday, cites increased migration as the main reason. An increase in movement of people results in more mixed nationality marriages which in turn results in more dual national offspring. More than 40,000 people are naturalised every year.

In terms of the second nationality, Italy leads the way followed by France, Germany and Turkey. Dual nationals are allowed to take up positions in politics, police or border guards. The seven-member Federal Council that governs the country recently waived the requirement to exclude dual nationals from sensitive posts. They have the same duties as ordinary Swiss citizens except when it comes to military service, where they can choose where to do it.

Swiss citizenship is highly sought after – and correspondingly hard to get. swissinfo.ch looks at how to get the naturalisation ball rolling.

26 There are 26 comments on this article. 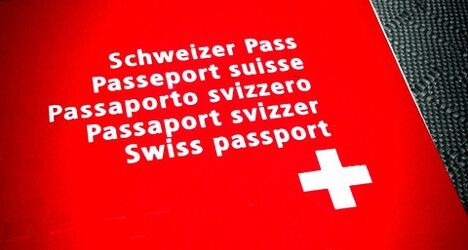