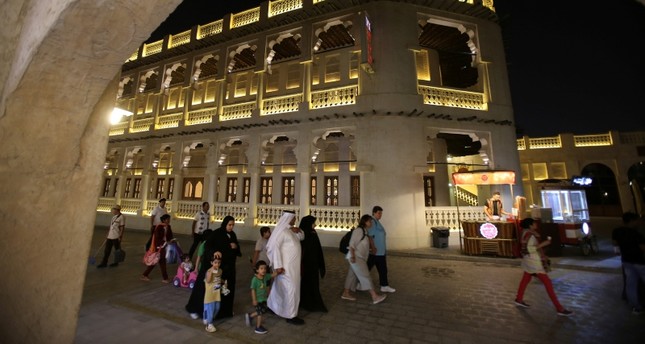 The United Arab Emirates has spread a “climate of fear” among Qataris living there, splitting families and causing “substantial pain” during a year-long blockade, the UN’s top court heard Friday.

As the bitter Gulf crisis moves to the world tribunals, Doha is appealing to the International Court of Justice (ICJ) in The Hague to order emergency measures to lift restrictions imposed on Qataris in June 2017 by Abu Dhabi.

“Many Qataris still resident in the UAE live in perpetual fear, they live in the shadow of the UAE’s expulsion order,” leading British barrister Peter Goldsmith, acting for Doha, told the court.

On June 7, 2017, Saudi Arabia, Bahrain, the UAE and other allies severed ties with Qatar, accusing it of backing terrorism, and imposed punitive measures.

These included banning Qatar Airways from their airspace and closing the country’s only land border with Saudi Arabia.

The Gulf states also ordered Qataris to leave within 14 days as well as calling home their own citizens.

Goldsmith told ICJ judges on the third and final day of the hearing that helplines the UAE set up to help Qataris understand the restrictions were in fact linked to the Abu Dhabi police.

So Qataris are “too scared to call hotlines to register their presence or their families’ presence for fear of reprisals.”

Goldsmith also contended that every proposed “trip to the UAE by a Qatari requires a separate approval no matter the circumstances”.

So in the case of one Qatari woman, for example, who needs regular medical treatment in Beirut, every time she leaves, “she risks being unable to return” to her family in the UAE.

Qatari students at UAE universities were also sent emails telling them they had been withdrawn. Many have since dropped out of their higher education courses.

Concerns raised over the past months by Human Rights Watch and Amnesty International have shown “compelling evidence of what has happened, with substantial pain inflicted,” Goldsmith argued.

Doha is appealing for emergency measures from the court to order the UAE to “immediately cease and desist from any violations of the human rights of Qataris,” said the country’s agent Mohammed Abdulaziz Al-Khulaifi.

“This court is Qatar’s only hope .. to stop the deprivation of fundamental rights,” he added.

But the UAE has insisted that the ICJ has no authority to hear Qatar’s case, and stressed that the situation for Qataris living in the country today is different from a year ago.

“This has nothing to do with racial discrimination,” said lawyer Alain Pellet acting for the UAE.

“Qatar has failed to provide any evidence of mass expulsions or deportations or any specific actions to interfere in the enjoyment by Qataris of their civil, property or business rights,” added Saeed Alnowais, the UAE’s ambassador to the Netherlands.

Qatar filed its claim before the ICJ “to distract attention away from its own unlawful conduct and for the purpose of mounting a public relations campaign against these states that have been most critical of its policies,” he said.

The ICJ was set up in 1946 to rule in disputes against states. The judges will now have to consider their decision which could several weeks or even months.

Diplomatic efforts have so far proved fruitless in resolving the crisis which has rendered the six-nation Gulf Cooperation Council practically obsolete.