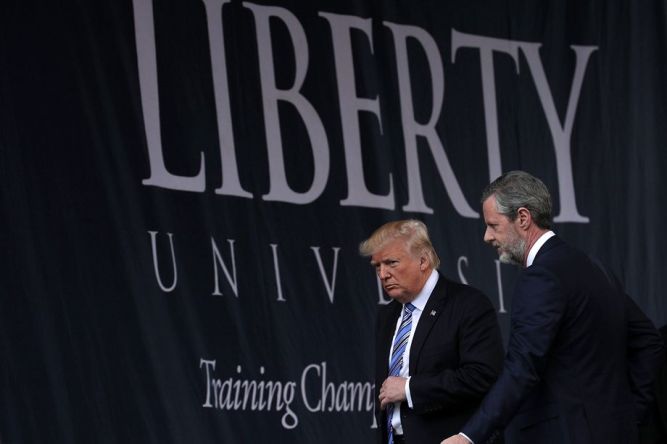 According to the Christian Post, dozens of students and a number of staff members at Liberty University will be collaborating on a movie: The Trump Prophecy. The film tells the story of Florida firefighter Mark Taylor, who says that God told him that Donald Trump would become president. He adapted his testimony into a book with a small Christian publishing house.

Liberty students and staff regularly work on Christian-themed films as a form of career-development-training, with about one film made per year in partnership with outside film companies, according to the Christian Post. Previous faith-based films have included relatively anodyne fare like Extraordinary, the story of a Christian couple running a marathon together. The Trump Prophecy is funded and produced by Charlotte-based ReelWorks Studios, with a budget of about $2 million.