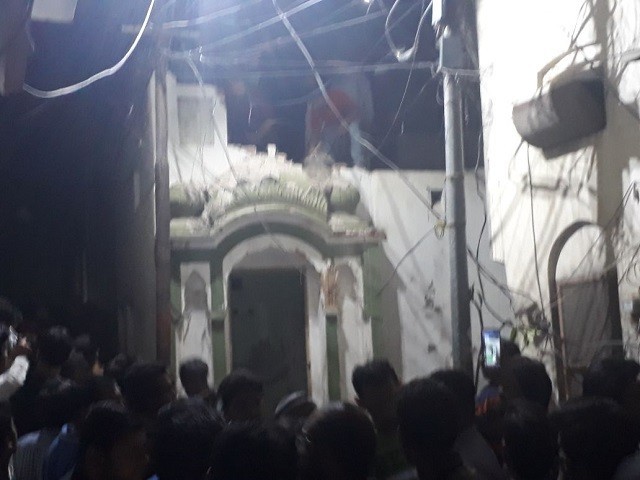 A mob running into hundreds on Thursday razed a historic Ahmadi property in Sialkot as a two-way ownership contest remained “sub judice”.

Aamir Mehmood of Jamaat-e-Ahmadiyya told The Express Tribune that a 500-strong mob had razed Ahmadi worship place Baitul Mubarik and a one-time residence of the Jamaat founder.

“Mirza [ Mirza Ghulam Ahmad] sahib had lived there. We revamped the house as it was wearing out. Municipal authorities, however, objected to the initiative and sealed the structure,” Mehmood, the JA press in charge, added.

The issue was sub judice. “Dozens of municipal authority men were part of the mob that razed the structures without any official or court directive,” Mehmood said.

No one, neither area inhabitants or police personnel, tried to stop the mob from razing the structures. “They continued to vandalise the structures till the early hours of Thursday. They returned once again after offering Fajr prayers,” Mehmood said.

The Sialkot DC had ordered the house sealed a week ago, according to Express News. While the structures were razed in the wee hours of Thursday, police claimed to have only become cognisant of the episode later in the morning.

Officials claimed that the strength of the mob was between 150-200 people. Of these, 15-20 were policemen, DSP Irfan Butt said. Reiterating the stance of municipal authorities, police also termed the house “illegal” and defended the move to seal it. 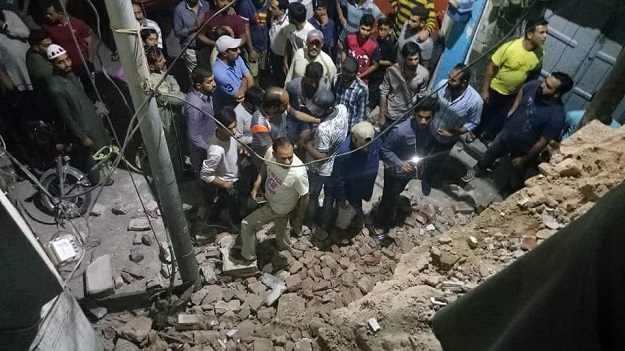