A student has returned to Italy after accusing her family in Pakistan of luring her home to terminate her pregnancy. 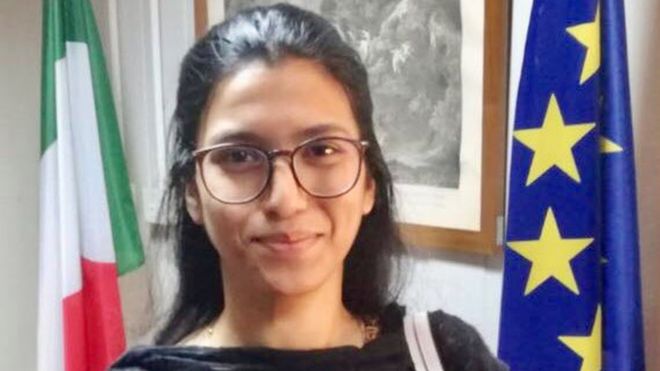 The 19-year-old, named Farah, had been studying in Verona when she became pregnant a few months ago.

Her family took her back to Pakistan in February and later she appealed to friends for help, saying her baby had been aborted against her will.

She was finally rescued by Pakistani police in Islamabad last week.

She arrived at Milan’s Malpensa airport, having been looked after for several days at the Italian ambassador’s residence in the Pakistani capital. She is due to discuss her ordeal with police in Verona.

“They sedated me, tied me to a bed and forced me to have an abortion,” said Farah of her family, in one of the messages published by Italian media.

Farah’s story emerged weeks after the death of an Italian woman in Pakistan amid reports that she may have been murdered by relatives in an honour killing.

Friends in the city of Brescia, to the west of Verona, said Sana Cheema, 26, had wanted to marry a Pakistani-Italian man in Italy despite opposition from her family. 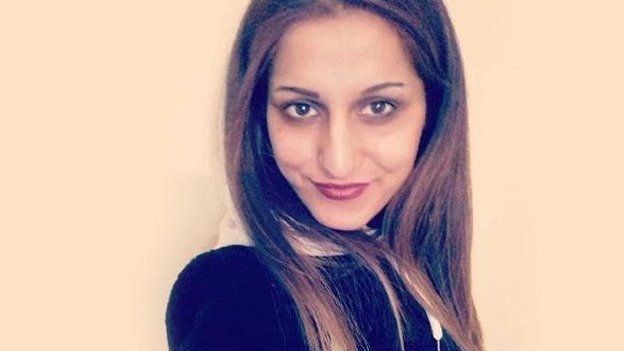 “Farah has finally returned to Italy and is now in a safe place,” said Foreign Minister Angelino Alfano, who praised the collaboration of the Pakistani authorities in securing her safety.

According to Italian reports, her family had moved to Verona in 2008.

She met her fiance while studying there and became pregnant.

Farah had first approached social services in the city in September and had been given protection by a local centre offering refuge to women facing gender violence. Her father had been reported to local authorities for maltreatment.

However, she was eventually reconciled with her family and travelled to Pakistan in the belief that her brother was getting married.

The alarm was eventually raised by her friends, who alerted teachers at the college where she had been studying in Verona.

A social services official said her documents had been stolen and she was under close observation from her family.

As the student is not an Italian citizen, Verona police and the Italian foreign ministry approached Pakistani authorities, who traced her to a house in Islamabad.