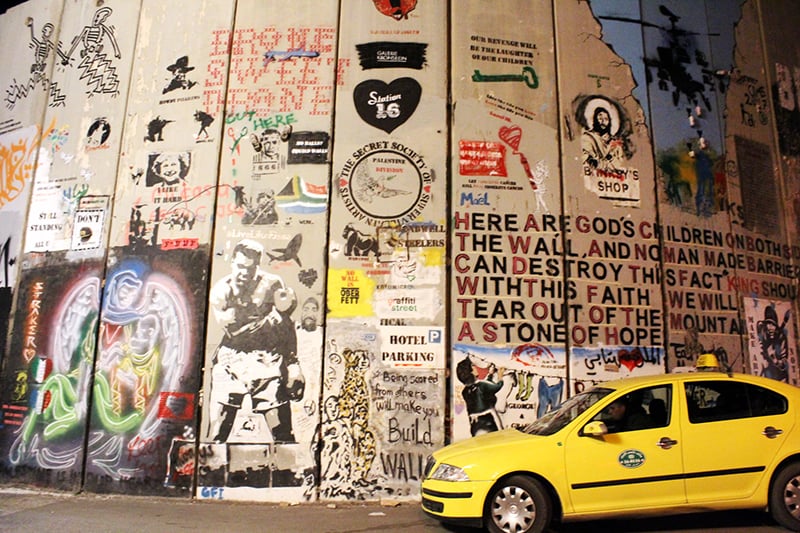 BEIT SAHOUR, West Bank (RNS) — Smiling as he sings, Pastor Danny Awad faces his flock with eyes closed and palms turned skyward. The 30 or so worshippers scattered across two narrow rows of benches clap or sing along as the synthetic drone of an electric keyboard hums out a song of praise.

“Hallelujah!”Awad says, still smiling, as the song comes to an end. He rests his hands on the lectern, looking comfortable in front of the wooden cross that stretches floor-to-ceiling on the wall behind him. He motions for the others to be seated and prepares to deliver his sermon.

At first glance, this airy little church, modestly decorated with artificial flowers and faded posters of New Testament verses, could be any evangelical gathering from Topeka to Texas. Sunday morning hymns spill out its open windows into the small pasture outside. One detail sets this small community of believers apart, however, and has made it something of an apostate within the global evangelical community: the Palestinian flag that hangs prominently from the pulpit.

This is not the heartland, but the Holy Land. The Baraka Bible Presbyterian Church, led by Awad, sits off the main road in the West Bank village of Beit Sahour, near Bethlehem. It’s an evangelical church that is proudly, defiantly Palestinian.

In the context of the Middle East, where “evangelical” has become political shorthand for conservative Western Christians with a distinctly pro-Israel orientation, the idea of a Palestinian evangelical can seem like a contradiction in terms.