How a child rape became a religious flashpoint for India

India’s top court has moved the trial in the rape and murder of an eight-year-old Muslim girl out of the state of Jammu and Kashmir. The BBC’s Yogita Limaye spoke to people in the community about the divisions that led to the court’s decision. 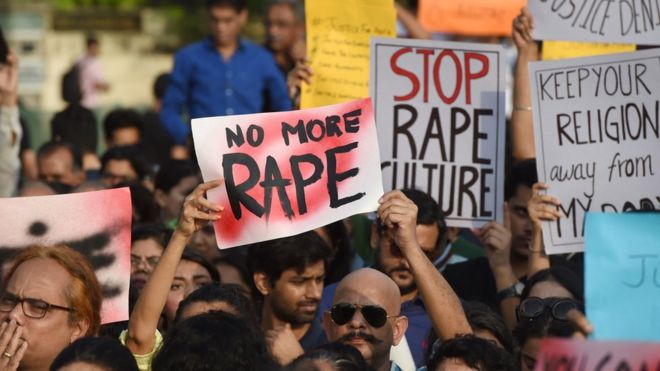 “I just want justice for my child,” her mother says. “I want her attackers to go through the same pain that she went through. The way they have made us cry, I want them to cry.”

In India, a rape victim cannot be identified according to the law but everyone knows which religion the girl belonged to. Police allege that her religion is at the centre of the brutal crime.

She was from the Muslim Bakarwal nomadic tribe who roam the hills and valleys of Jammu and Kashmir. In the summer they graze their sheep, goats and horses high up in the mountains. As winter sets in, they descend to warmer areas near the city of Jammu.