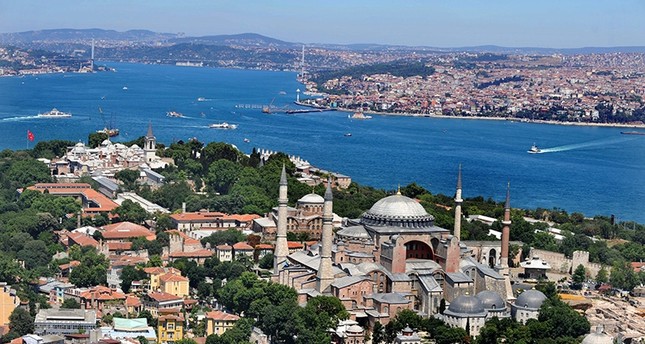 Faced with a fast-growing population and risks from earthquakes and flooding, Istanbul must take bold steps to adapt and improve the quality of life of its residents, planning experts from Turkey’s biggest city said on Saturday.

The city of about 15 million people expects its population to increase by a third in less than 20 years as rural migrants and those fleeing the conflict in neighboring Syria continue to make a home there, they said.

Turkey hosts the highest number of Syrian refugees, according to the United Nations’ refugee agency, which estimates more than 3 million Syrians live in the country, the majority in urban areas.

Konukcu said many Syrians come to Istanbul because of the employment opportunities they find in the city.

“They’re not temporary…they’re permanent. They work, use the education facilities and health services,” Konukcu told the Thomson Reuters Foundation at a resilient cities conference in Bonn.

The city is drawing up a master plan, set to be completed later this year, to deal with the challenges of a growing population but also threats posed by earthquakes and floods from the nearby Bosphorus river and surrounding seas.

Turkey is one of the most seismic areas in the world, Konukcu told the event, and it is also home to hundreds of delicate cultural heritage sites, such as Ottoman mosques and ancient bazaars.

Many of the historical sites in the city, sitting neatly between Asia and Europe, are located in an area deemed by the municipal study to be among the most at risk.

Up to 5,000 buildings across the city could face heavy damage if there is an earthquake and casualties would be in the thousands – with risks of fire, road blockages and poor access to health services among those identified by the plan, said Konukcu.

Turkey has worked with Japan to complete a separate earthquake plan and map out highly vulnerable neighborhoods, she said.

As part of its transformation, Istanbul also wants to build more green homes and fewer malls, favoring outdoor shops in keeping with cultural preferences instead, said Semih Adil, coordinator of urban transformation at the municipality.

For example, in the suburban district of Bayrampaşa work is underway to make the neighborhood more sustainable by fitting solar panels on homes and for street lighting, and through building more parks and green spaces for children.

Much of the transformation will be financed by public-private partnerships, with work in some areas, such as Bayrampaşa, funded mostly by local government, said Adil.

Separately, a third airport is also under construction and the city is trying to improve mobility and access for residents with disabilities, he said.

Istanbul hopes to lead the way in urban development, with other Turkish cities including the capital Ankara and coastal Izmir watching eagerly, said Adil.