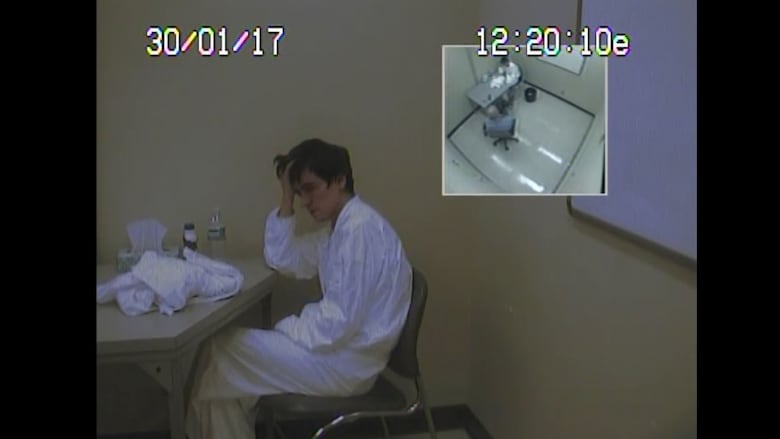 A video of Alexandre Bissonnette’s interrogation was played in court during sentencing hearings last Friday.(Court exhibit)

The man responsible for killing six Muslims inside a Quebec City mosque had been anxious for months about his own family becoming victims of a terror attack, and that peaked when he saw reports the Canadian government was going to allow more refugees into the country, a court heard Friday.

A video of Alexandre Bissonnette’s interrogation was played in a Quebec City courtroom during the third day of sentencing hearings.

The public release of his three-hour conversation with Quebec City police Sgt. Steve Girard was the first insight into what Bissonnette was thinking the day he left his parents’ home, armed with two semi-automatic weapons, on Jan. 29, 2017.