Is the Gulf Stream about to collapse and is the new ice age coming sooner than scientists think?

Two new studies published in the scientific journal Nature have brought a new threat to the world’s attention: the shutdown of the Atlantic Ocean currents including the Gulf Stream.

Barely a day goes by without new research emerging warning humanity of its impending doom, but the collapse of the Gulf Stream is an event with particularly ominous connotations.

Scientists have previously linked disruptions to Atlantic currents with everything from heatwaves in Europe to rising sea levels in coastal US cities. 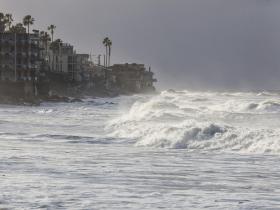 The Day After Tomorrow was a disaster film based on the idea that disruption of these currents would lead to extreme weather events followed by a massive drop in global temperatures. Scientists think changes in Atlantic currents certainly played a role in the onset of the last ice age.

So should we be worried about the Gulf Stream, and is another ice age on the horizon?