By Erin Cunningham March 8
ISTANBUL — Iranian women have been raising a new challenge to their Islamic government, breaking one of its most fundamental rules by pulling off their headscarves in some of the busiest public squares and brandishing them in protest. 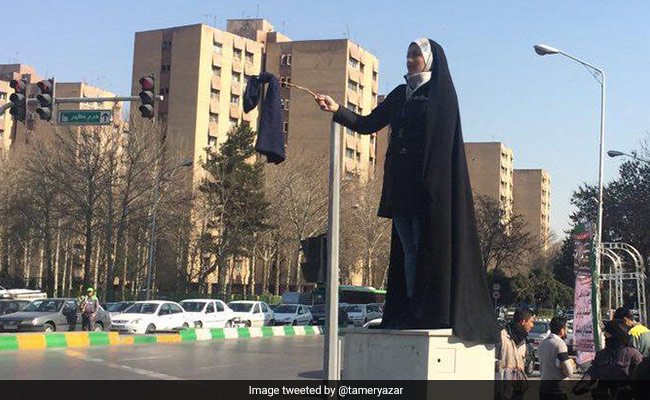 While these guerrilla protesters number only in the dozens, Iran’s government has taken notice of their audacity. On Thursday, planned demonstrations to coincide with International Women’s Day were preempted by a heavy police presence on the streets of the capital, Tehran.

Iran’s supreme leader, Ayatollah Ali Khamenei, marked the day with sharply worded tweets skewering Western countries for the immodesty of their women and trumpeting the virtues of the headscarf, or hijab.

“By promoting modest dress (#hijab), #Islam has blocked the path which would lead women to such a deviant lifestyle,” Khamenei tweeted in English. “Iranian women today, declare their . . . independence and export it to the world while preserving their ­#hijab.”