“Greater Israel”: The Zionist Plan for the Middle East 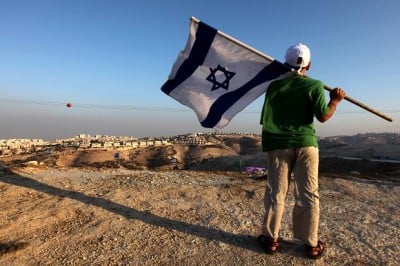 The following document pertaining to the formation of “Greater Israel” constitutes the cornerstone of powerful Zionist factions within the current Netanyahu government,  the Likud party, as well as within the Israeli military and intelligence establishment. (article first published by Global Research on April 29, 2013).

In recent developments, President Donald Trump has confirmed his support of Israel’s illegal settlements and his opposition to United Nations Security Council Resolution 2334, which confirms the illegality of the Israeli settlements in the occupied West Bank.

According to the founding father of Zionism Theodore Herzl, “the area of the Jewish State stretches: “From the Brook of Egypt to the Euphrates.”  According to Rabbi Fischmann,  “The Promised Land extends from the River of Egypt up to the Euphrates, it includes parts of Syria and Lebanon.”

When viewed in the current context, the war on Iraq, the 2006 war on Lebanon, the 2011 war on Libya, the ongoing wars on Syria and Iraq, the war on Yemen, the process of regime change in Egypt, must be understood in relation to the Zionist Plan for the Middle East.

The latter consists in weakening and eventually fracturing neighboring Arab states as part of an Israeli expansionist project.

Bear in mind this design is not strictly a Zionist Plan, it is an integral part of US foreign policy, namely Washington’s intent to fracture and balkanize the Middle East.

“Greater Israel” consists in an area extending from the Nile Valley to the Euphrates. According to Stephen Lendman, “A near-century ago, the World Zionist Organization’s plan for a Jewish state included:

• South Lebanon up to Sidon and the Litani River;

• control of the Hijaz Railway from Deraa to Amman, Jordan as well as the Gulf of Aqaba.

Some Zionists wanted more – land from the Nile in the West to the Euphrates in the East, comprising Palestine, Lebanon, Western Syria and Southern Turkey.”

The Zionist project supports the Jewish settlement movement. More broadly it involves a policy of excluding Palestinians from Palestine leading to the eventual annexation of both the West Bank and Gaza to the State of Israel.

Greater Israel would create a number of proxy States. It would include parts of Lebanon, Jordan, Syria, the Sinai, as well as parts of  Iraq and Saudi Arabia. (See map).

According to Mahdi Darius Nazemroaya in a 2011 Global Research article,   The Yinon Plan was a continuation of Britain’s colonial design in the Middle East:

“[The Yinon plan] is an Israeli strategic plan to ensure Israeli regional superiority. It insists and stipulates that Israel must reconfigure its geo-political environment through the balkanization of the surrounding Arab states into smaller and weaker states.

Israeli strategists viewed Iraq as their biggest strategic challenge from an Arab state. This is why Iraq was outlined as the centerpiece to the balkanization of the Middle East and the Arab World. In Iraq, on the basis of the concepts of the Yinon Plan, Israeli strategists have called for the division of Iraq into a Kurdish state and two Arab states, one for Shiite Muslims and the other for Sunni Muslims. The first step towards establishing this was a war between Iraq and Iran, which the Yinon Plan discusses.

The Atlantic, in 2008, and the U.S. military’s Armed Forces Journal, in 2006, both published widely circulated maps that closely followed the outline of the Yinon Plan. Aside from a divided Iraq, which the Biden Plan also calls for, the Yinon Plan calls for a divided Lebanon, Egypt, and Syria. The partitioning of Iran, Turkey, Somalia, and Pakistan also all fall into line with these views. The Yinon Plan also calls for dissolution in North Africa and forecasts it as starting from Egypt and then spilling over into Sudan, Libya, and the rest of the region.

Greater Israel” requires the breaking up of the existing Arab states into small states.

“The plan operates on two essential premises. To survive, Israel must 1) become an imperial regional power, and 2) must effect the division of the whole area into small states by the dissolution of all existing Arab states. Small here will depend on the ethnic or sectarian composition of each state. Consequently, the Zionist hope is that sectarian-based states become Israel’s satellites and, ironically, its source of moral legitimation…  This is not a new idea, nor does it surface for the first time in Zionist strategic thinking. Indeed, fragmenting all Arab states into smaller units has been a recurrent theme.” (Yinon Plan, see below)

Viewed in this context, the war on Syria and Iraq is part of  the process of Israeli territorial expansion.

In this regard, the defeat of US sponsored terrorists (ISIS, Al Nusra) by Syrian Forces with the support of Russia, Iran and Hizbollah constitutes a significant setback for the Zionist project.