Source: https://www.mississauga.com/community-story/7597948-ureport-ahmadiyya-muslim-jama-at-of-mississauga-holds-an-exhibition-on-the-holy-qur-an/ | by The Mississauga News 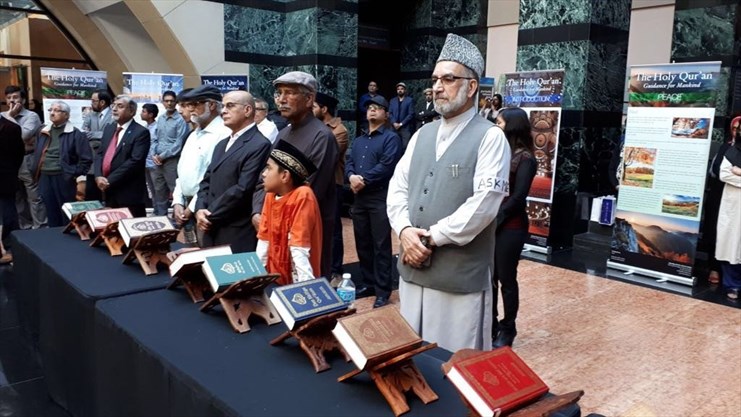 Councillor George Carlson inaugurated the Exhibition at 1 p.m. on behalf of the mayor. Councillor Carlson said that Mississauga welcomes all faiths and is fortunate that many ethnicities and faiths call it home. He further added that Ahmaddiya Muslim Community is welcome at city hall and he appreciated their efforts for inclusivity and breaking stereotypes.

The exhibition also provided a platform for Q&A with scholars along with a display of a few videos explaining the teachings of The Holy Qur’an, banners displaying the various verses of the Holy Qur’an and an interesting Arabic Calligraphy Exhibit.

The Holy Qur’an is widely misunderstood and poorly portrayed in our society. The purpose of this exhibition was to show our fellow Canadians that The Holy Qur’an is a book of wisdom which promotes peace and harmony.

The exhibition was attended by many guests and dignitaries.