Mike Dubke has resigned after just under three month as President Donald Trump‘s communications director, according to multiple reports.

Dubke submitted his resignation on May 18 and offered to keep his post until Trump concluded his first foreign trip, according to a report from Axios. The President accepted Dubke’s resignation “immediately,” Dubke reportedly told Politico.

When asked to confirm news of Dubke’s resignation on Fox & Friends Tuesday morning, Counselor Kellyanne Conway said: “What I will say is that he has expressed his desire to leave the White House and made very clear that he would see through the President’s international trip.” 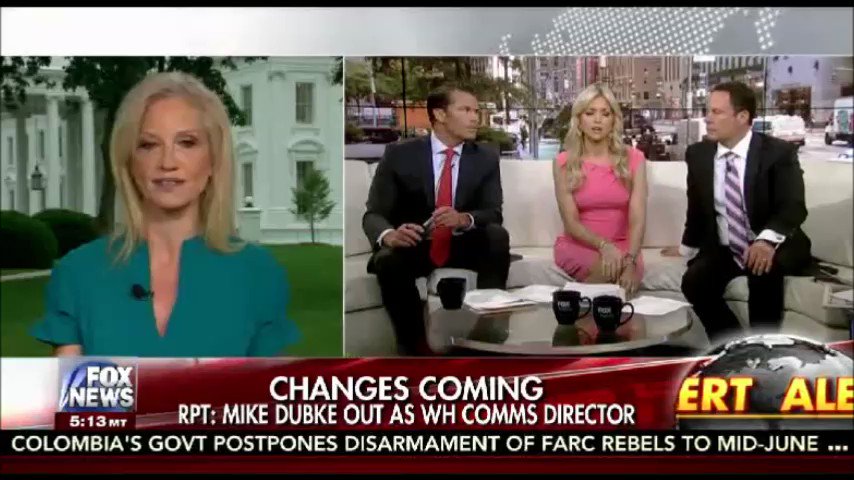 “[Mike Dubke] has expressed his desire to leave the White House.” –@KellyannePolls

Dubke’s departure comes amid reports that Trump is considering a staff shakeup at the White House as concern over the ongoing Russia probe that is investigating possible ties to the Trump Administration continues to linger.