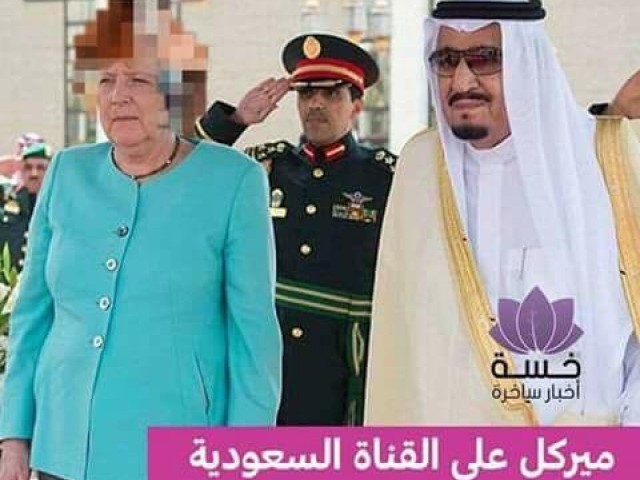 Saudi Arabia had run into a controversy after a recent visit by German Chancellor Angela Merkel as social media users criticised the kingdom for censoring her hair on a TV channel.

But the incessant criticism was uncalled for as the image of Merkel users kept sharing on social media showing her hair blurred was actually doctored.

The German chancellor visited the kingdom for the first time in seven years where she met Saudi King Salman bin Abdulaziz on April 30 as she began a visit focused on bilateral relations and preparations for the next G20 meeting.